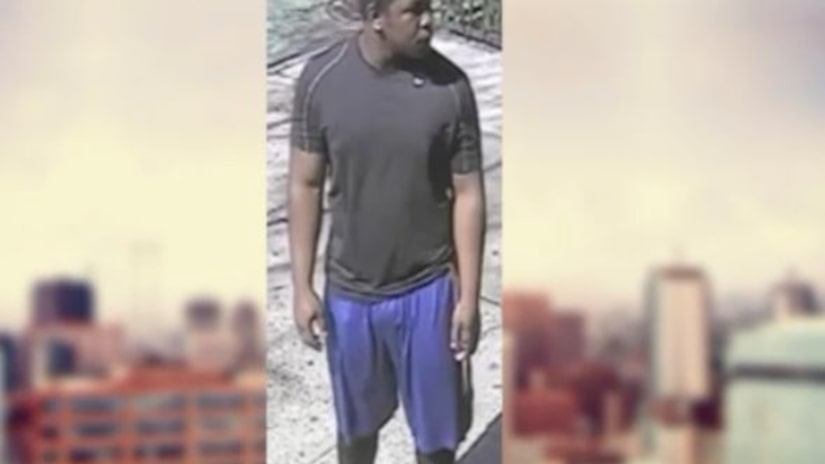 NEW YORK -- (WPIX) -- A boy was inside along with several other patrons and workers when a gunman stood on a sidewalk, aimed and fired two shots in an Upper West Side barbershop Tuesday afternoon, police said.

In new video provided by police overnight, a man can been seen walking up to 927 Columbus Ave. at 105th St. around 2:15 p.m., stopping and then pulling a gun from his blue basketball shorts. He's all amped up as he blasts a bullet into the business.

Then upon realizing he misses his intended, 12-year-old target, he sidesteps back aims and fired again. Fortunately for everyone inside, including that boy – he missed again.