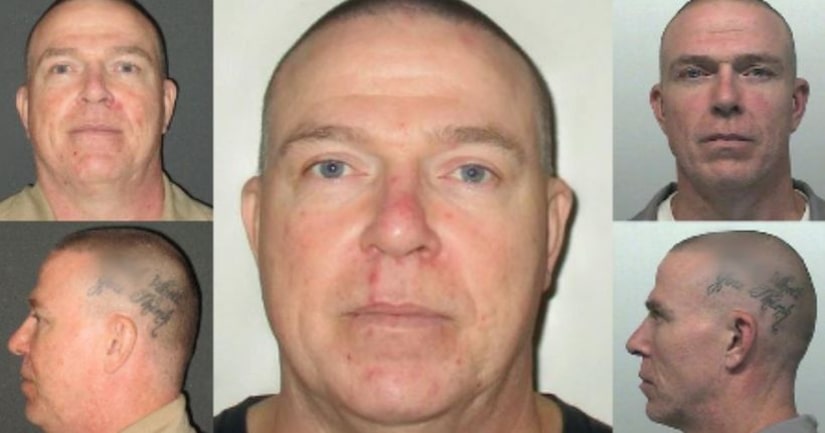 KENNEWICK, Wash. -- (KCPQ) -- Frank Livingston was arrested at 3:30 a.m. in Kennewick on Sunday, April 9, 2017 after a Benton County Sheriff's Deputy spotted him walking in a field near Canal Dr. and Volland St. He ran his warrants and arrested Livingston without incident. He is being held in the Benton County Jail.

Take a good look at what this wanted sex offender has inked on the side of his head: Four words — the first being a four-lettered one we had to blur — that shows just what he thinks about people.

Frank Livingston is a convicted child rapist who failed to register as a sex offender in Benton County, where he has seven more felony warrants for his arrest.

He's also a High-Violent Offender who has fought with Department of Corrections officers and pulled knives on them in the past.

He has ties to the entire Tri-Cities area, but his main hangouts are Richland and Kennewick.