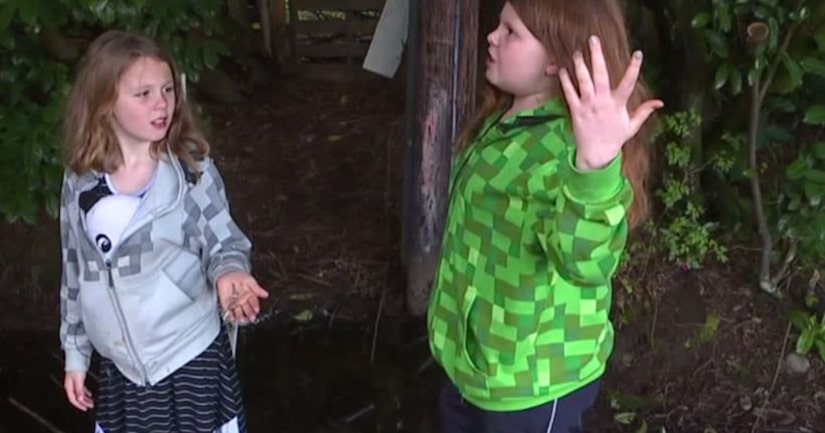 OLYMPIA, Wash. -- (KCPQ) -- Stranger danger is what we tell our kids to yell if a stranger tries to snatch them.

We tell them to fight and run and yell for help. And that is exactly what two little girls in Olympia did.

The girls and their dad showed us how they got away, as police continue to search for the man who tried to kidnap them.

Sisters Aireyana and Ember love nothing more than playing together outside. But on Sunday afternoon, the girls say playtime went from fun to frightening.

Olympia Police say it happened on Wiggins Road SE. The girls were riding their bikes, when 7-year-old Ember decided to chase a cat into a bushy area. Police say a man came out of bushes, grabbed her arm and tried to pull her away.

Fighting and kicking and screaming, Ember says she broke free and ran home. But then, her 10-year-old sister said, the man grabbed her by the leg.

“I fell off my bike. I pulled away from him and got away,” said Aireyana.

Both girls ran home to tell their father, Robbie.

Robbie said he called 911. Olympia K-9 units searched the area, but didn't find the man. While police investigate, Robbie said he's not letting his girls out of his sight.