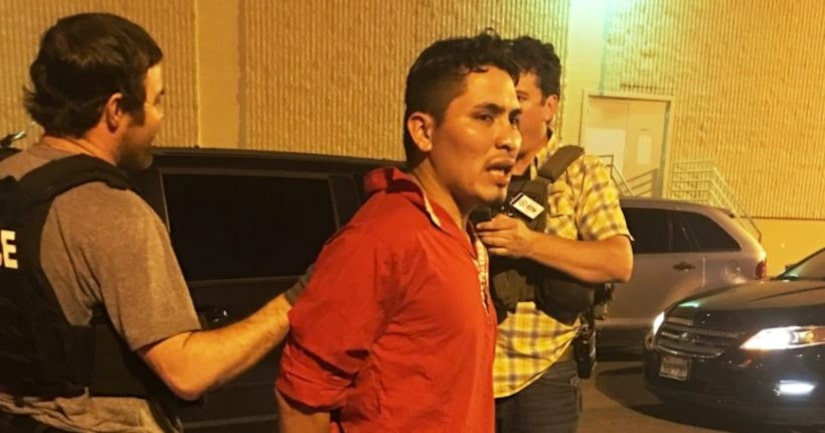 AUSTIN -- (KXAN) -- A heated verbal exchange between four men about parking spaces led a man to ambush and kill another man with a rifle last week, according to an arrest affidavit.

Jose Morales, a 23-year old Guatemalan immigrant, is being held on a million dollar bond in the Travis County Jail for allegedly killing Mariano Gonzalez-Lopez, 20, on April 6.

Austin police say the men in the vehicles began throwing bottles at one another as they were driving, eventually stopping near Peyton Gin Road where they got out of their vehicles and began fighting. Police said Gonzalez-Lopez beat Morales' car with a baseball bat before leaving the area.

A witness told police that Morales threatened them and made them call one of the people with Gonzalez-Lopez and tell them to meet at the Grove Place Apartments to hang out. Morales met them at the apartment when they arrived and pointed a rifle at them and threatened to kill them for damaging the vehicle with the baseball bat.

Police said the person driving the vehicle took off through the apartment's parking lot and attempted to jump the curb due to the exit gate being closed. The vehicle got stuck.

The affidavit states Morales then got out of his vehicle with the rifle and began firing towards the vehicle Gonzalez-Lopez was in, ultimately killing him. Morales fled the scene but was taken into custody Friday night by the Lone Star Fugitive Task Force after eyewitnesses told authorities what happened.