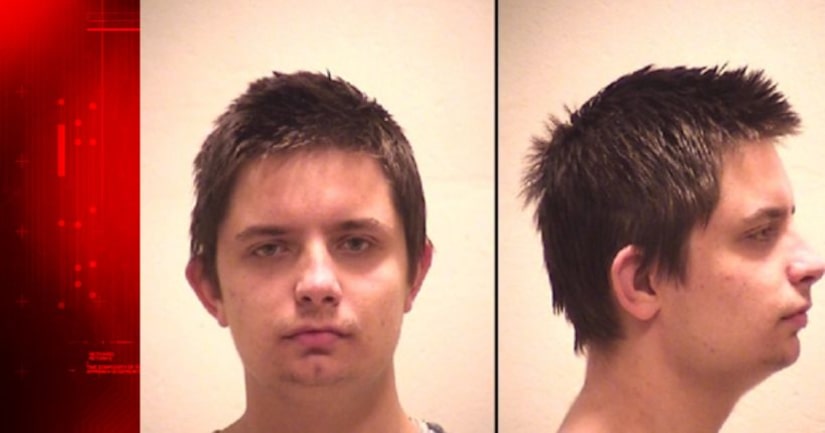 SMITHVILLE, Mo. -- (WDAF) -- Clay County prosecutors charged a 19-year-old man from Smithville with one count of statutory sodomy for allegedly molesting a 5-month-old boy. Brent R. Porter is accused of sexually assaulting the victim on Wednesday.

Court documents say that a mom told investigators she changed her child's diaper, and about five minutes later while she was outside smoking a cigarette she heard him scream louder than she had ever heard before. She followed the screams to the suspect's closed bedroom and opened the door to find Porter on top of her son.

The suspect claimed to be changing to boy's diaper, but the mom said that he never does that and saw no evidence to support that claim. She did see that her son had redness in his private area. She took the boy to North Kansas City Hospital and later to Children's Mercy SCAN clinic to be examined. A Children's Mercy nurse said the preliminary findings revealed sexual abuse or a medical condition, further analysis is being conducted.

Porter agreed to speak with investigators and wasn't initially forthright, but later said he had rubbed the victim's privates with his. He said when the boy's mom came in the room she grabbed him by the shoulder and threw him off of the bed. He also said he was investigated for possessing child pornography involving a photo of a female victim less than 4 years old.