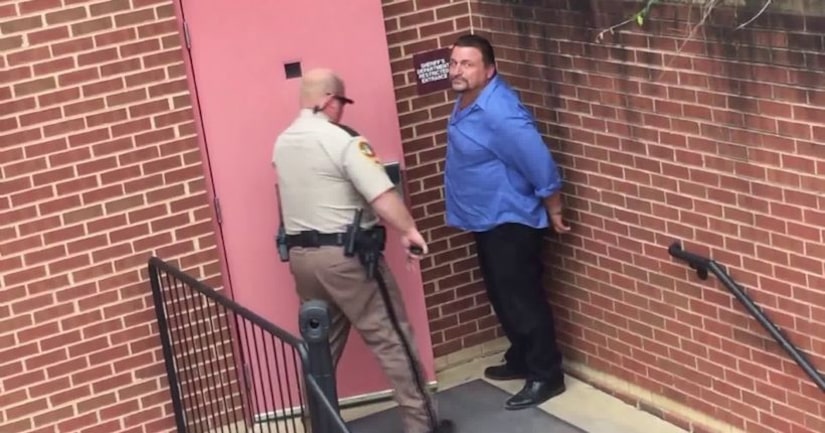 Russell W. Jeffries, 43, of Louisa, was convicted of two Counts of Felonious Assault on a Family Member in Louisa Circuit Court, according to Louisa Commonwealth's Attorney Rusty McGuire.

Jeffries was arrested in September 2016 after he “jumped on the hood of the moving school bus operated by his girlfriend, kicked in the windshield and assaulted her,” according to the Louisa Commonwealth's Attorney's Office. “He then forced her out of the school bus and they disappeared overnight.”

As the search stretched into the next morning, the school bus driver called a friend from Jeffries' cellphone.

“I'm like 'Oh my God and I answered it,” friend Anna Williams said at the time. “I said, 'where are you are you OK?'”

The woman told Williams she was OK and told her friend she went willingly.

“I know she didn't,” Williams added.

“[Jefferies] poured diesel fuel on the victim and threatened to throw her into a pile of burning leaves due to her tardy retrieval of his Skoal,” according to the Louisa Commonwealth's Attorney's Office. “She fled to her neighbors' residence where they helped her clean herself up.”

FULL STORY: He poured fuel on girlfriend because she was late with his Skoal - WTVR