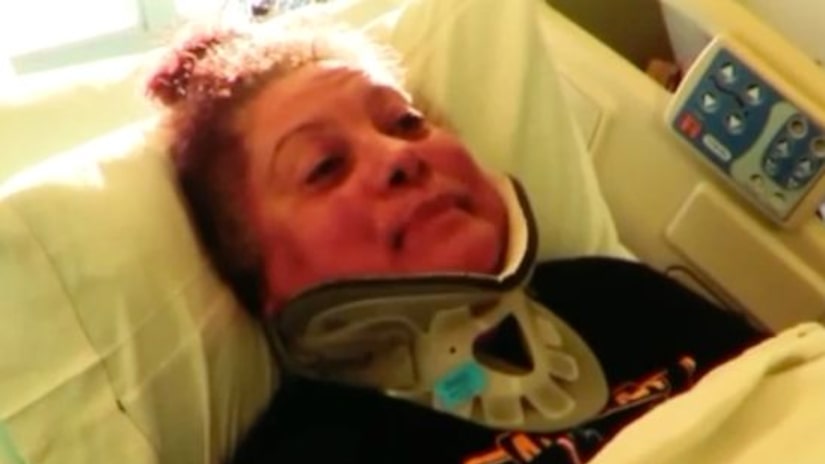 VAN NUYS, Calif. -- (KTLA) -- Police on Wednesday were searching for a hit-and-run driver who left a woman severely injured after striking her in Van Nuys.

The incident occurred around 7 p.m. on March 22 on Vanowen Street near Sunnyslope Avenue, according to L.A. Police Detective Bill Bustos.

The survivor, Penny Casbon, told KTLA she was on her way to church but can't remember much else about the day of the accident other than briefly waking up inside an ambulance and someone telling her she had been hit by a car.

Surveillance footage shows Casbon walking in a crosswalk when a white van drives right into her, rolling her onto its hood where she was carried for a while before falling in a street. The driver never stopped.