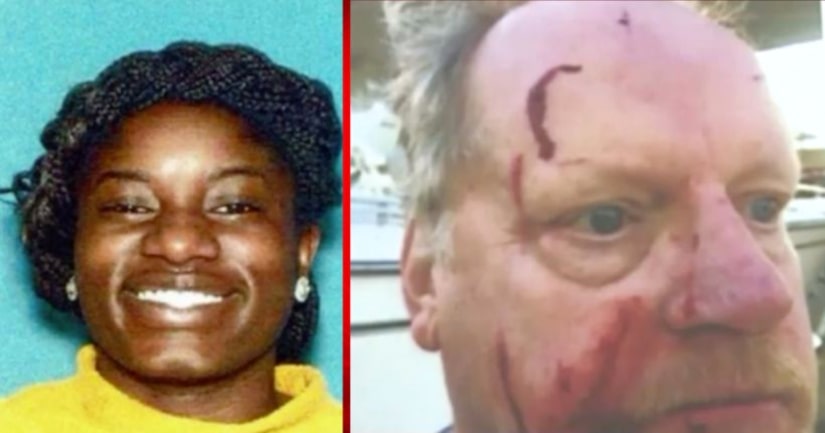 CAROLINE COUNTY, Va. -- (WTVR) -- New Jersey officers arrested a suspect in a malicious wounding case at a Central Virginia gas station off Interstate 95 that left one man bloodied, and his boat and Porsche damaged.

Members of the Essex County, N.J. Sheriff's Office, Fugitive Unit, arrested 26-year-old Angela Jones Wednesday in connection with the April 1 assault at the Carmel Church Exxon station located on Route 207, near I-95, in Caroline County.

Witnesses described seeing who they believe to be Jones, use a hammer to inflict damage to a 2016 Porsche S.U.V. and a boat being towed by the S.U.V. in the parking lot of the Exxon station.

Jones, according to officials, attacked the owner of the S.U.V. and the boat while allegedly referring to the victims as “rich” and “white.”

Surveillance footage from the Exxon station and eye-witness accounts led to the quick identification of Jones by Caroline Deputy, A. Garthaffner, who obtained her arrest warrants.

Bob, who asked his last name not be published, and his wife had stopped at the gas station while driving back home from Florida to Massachusetts.

Bob said while he was pumping gas, a woman started screaming at him.

"This lady was a couple pumps over and talking to me and yelling at somebody about having a message for her. I had no idea what she was talking about," Bob said. "I was coming around the side of the car and next thing I know a car blocks me in. She comes out of her car gets in my face and yelling at me about some sort of message I got for her."

He said he attempted to ignore her, but she eventually threatened to put a hole in his "fancy boat."

That's when, Bob said, the woman grabbed a hammer.