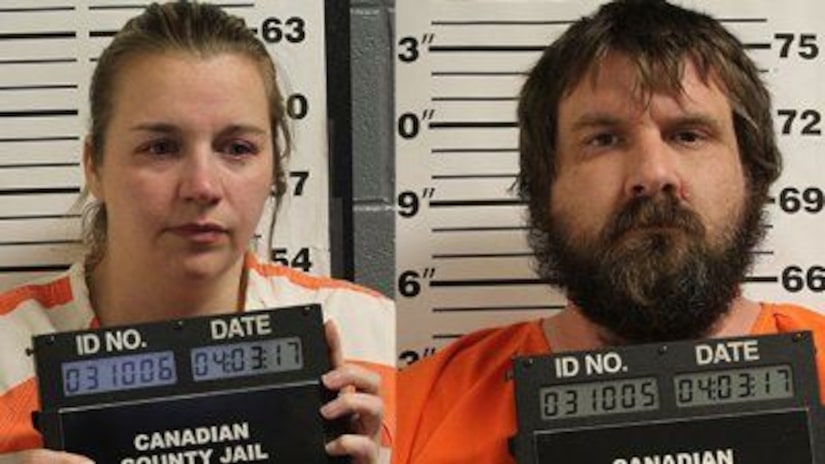 OKLAHOMA CITY -- (KFOR) -- An Oklahoma City couple has been taken into custody following an undercover investigation into child pornography that began in March.

Authorities say they were able to track down the origin of the IP address and traced it to an Oklahoma City home.

Officials executed a search warrant at the home and confiscated multiple electronic devices including cell phones, tablets and laptops.

“While we've made many child pornography arrests over the past six years, this is the first time we've arrested a married couple for possession of child pornography,” said Chris West, Canadian County Sheriff.

Authorities say they determined that two laptops contained hundreds of images of child pornography and also found “an extensive collection of bestiality videos,” according to the Canadian County Sheriff's Office.