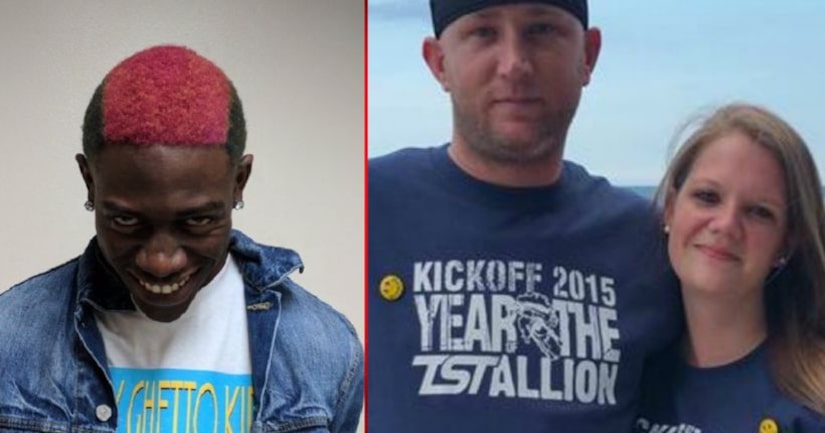 BOYNTON BEACH, Fla. -- (WTVR) -- A woman, raised in Henrico's West End, is recovering from multiple stab wounds she received during an attack inside her South Florida apartment. Ashley Hall, 30, was stabbed more than a dozen times, according to friends who set-up a GoFundMe page for the Hermitage High School graduate.

Hall was attacked in Boynton Beach, Florida, where she lives with her boyfriend, Freeman High School graduate Scott Rash.

Rash and Hall were home Tuesday, March 28, when an acquaintance, described as a neighbor, named Benito Felipe Crisanto arrived to their apartment.

The couple was expecting Crisanto, believing he planned to say goodbye to them before moving to New York.

But while Rash played video games with his headphones on, Crisanto entered the apartment and allegedly pulled out a gun to confront the couple, according to a police report.

Rash, according to the report, wrestled the gun away from Crisanto and he and Hall tried to escape the apartment.

When interviewed in the hospital, Hall told investigators she did not know why she was being stabbed, but recalled Crisanto saying that, “I have to make a sacrifice.”