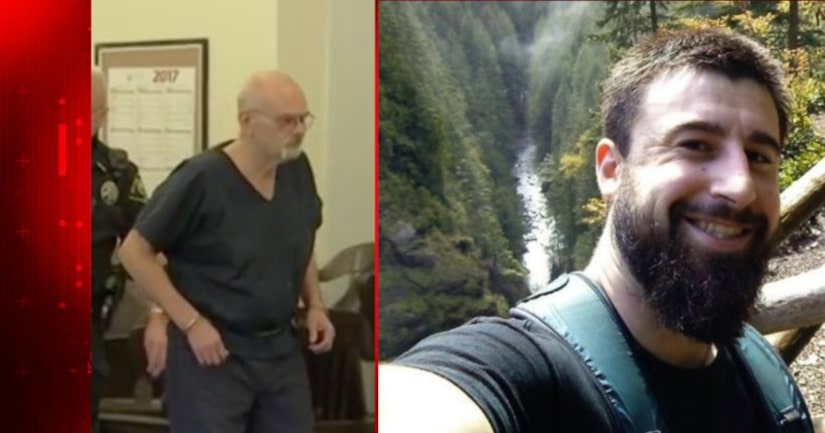 SHELTON, Wash. -- (KCPQ) -- Bruce Fanning, 59, faced a Mason County judge Monday afternoon after court documents say he admitted to police to shooting and killing a man he found showering inside his property in Belfair.

Fanning could face a charge of first-degree murder.

The county medical examiner identified the victim as 31-year-old Nate Rosa, of Bothell.

Investigators said Fanning discovered a stranger in his business showering. Court documents obtained by Q13 News said Fanning told investigators he first fled the scene, grabbed a gun and then returned where he opened fire on Rosa before calling 911.

A judge found probable cause for a first-degree murder charge, but Fanning told police he became afraid after he said the stranger made threats and appeared drunk.

“He was a great uncle, he is a great uncle,” said Christa Farster, who said she is Fanning's niece. “I just feel really bad for the whole situation and family and stuff.”

The shooting happened near Belfair inside a home Fanning used as an office. Investigators said Fanning called 911 just before 8 a.m. Saturday and told police he shot an intruder.

When police arrived they found Rosa dead in the bathtub.

Fanning allegedly told police he first discovered evidence of a break-in, and then found Rosa in the shower. Fanning said he thought the man was drunk and told investigators he made non-understandable verbal threats towards him.

That's when Fanning told police he left his office, walked to his home next door, got a handgun and returned to shoot Rosa several times.

Rosa had worked at Bothell's Woodmor Elementary School since 2015.