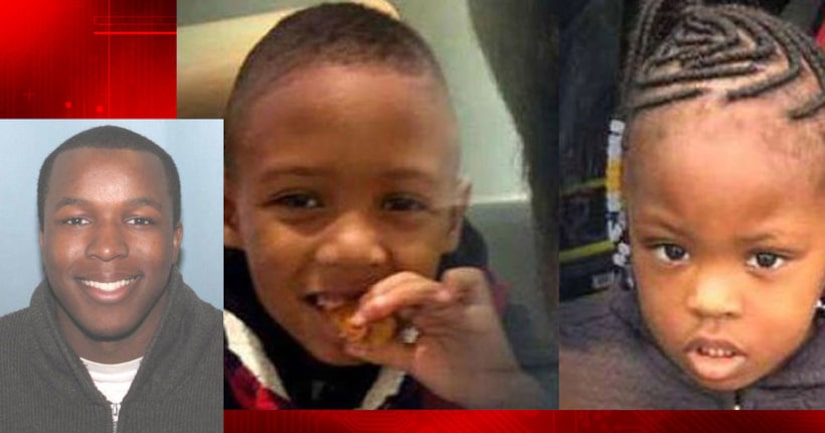 UPDATE: An Amber Alert for two children, who police say were kidnapped by an armed man, was canceled Tuesday afternoon. The suspect has not yet been caught.

WILLOUGHBY HILLS, Ohio -- (WJW) -- An Amber Alert has been issued for two children police say were kidnapped by an armed man.

Officers were called to Chardon Road in Willoughby Hills at about 8:20 a.m. Tuesday. The victim said her boyfriend, 24-year-old Clarence Davis, threatened her with a gun and took her car.

According to Willoughby Hills police, the woman's children, a 3-year-old girl and 5-year-old boy, were inside the vehicle. Davis is not the children's father.

Police said they believe the suspect still has the gun. He is considered armed and dangerous.

Gavin Traylor is 3 feet tall and weighs 35 pounds. He was wearing black jogging pants, a gray and royal blue hooded sweatshirt, and black and white shoes.

Ravin Briscoe is 2 feet 3 inches tall and 50 pounds. She was wearing a dark gray jogging outfit with black shoes with a pink Nike logo.

Davis is driving a dark blue 2013 Hyundai Sonata with license plate GWS 5908. “Bob's Auto Sales” is on the trunk lid.