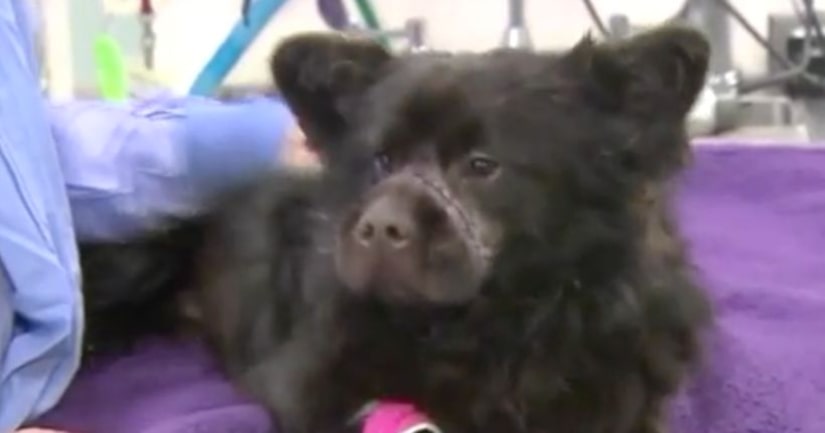 INLAND EMPIRE, Calif. -- (KTLA) -- The Inland Valley Humane Society and SPCA are investigating on Thursday after a chow mix was found abused and muzzled with a rubber band in Pomona.

The dog, who humane society staffers are calling Caleb, was found by a good samaritan in the 500 block of Pasadena Avenue suffering from substantial wounds, according to officials.

Three-year-old Caleb was taken to the humane society where veterinarians determined that he had been muzzled with a tightly wound rubber band for more than a week.

"It was on so tight and probably for a while that it had cut off circulation and dug into the skin," said Dr. Cynthia Kinney with the IVHS. "Unfortunately, I have seen this. I haven't seen it on a muzzle, but I've seen people do this on legs or ears or tails."

Caleb was found without a collar or identification tag, officials said. He received multiple stitches and is in recovery.

"I think it is pretty malicious, but as to why they would do it, I have no idea. I don't know if he was barking or chewing, or if it was a prank," said Kinney. "We definitely want to find out who did this and everybody be assured we will get him adopted to a wonderful home."