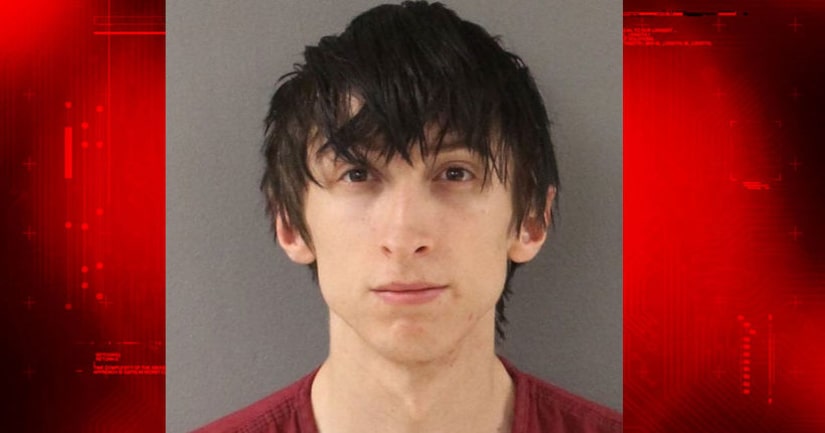 KNOX COUNTY, Tenn. -- (KSWB) -- A sex offender faces multiple charges after he allegedly tried to sneak into a 13-year-old's bedroom – only to find the girl's father waiting for him instead, according to Tennessee authorities.

Justin Kyle Phelps, 26, was charged with felony solicitation of a minor, among other counts, after police say he contacted the teen online and tried to set up a meeting to have sex with her.

The girl's father, pretending to be his daughter, arranged a date on Facebook, according to the Knoxville News Sentinel. Phelps allegedly showed up at the 13-year-old's bedroom window earlier in March to find the girl's father holding a gun and ran, according to a criminal complaint obtained by the paper.

The child's parents said Phelps had climbed into their daughter's bedroom on another occasion, according to the Knoxville Police Department.

Police arrested Phelps several days later, on March 13, after investigators from the Knoxville Internet Crimes Against Children Task Force used a fake Facebook profile to lure him to a meeting point.

According to the court document, in December of 2016, Phelps initially pretended to be a 13-year-old girl named Vicky and sent the man's daughter a friend request. Phelps allegedly bonded with the girl over modeling before escalating to conversations about sex, and eventually tried to set up an encounter.

An investigation is ongoing after police found possible evidence on Phelps' phone of other victims.

Phelps, a convicted sex offender, was found guilty in September 2011 of attempted sexual exploitation of a minor in a separate case.