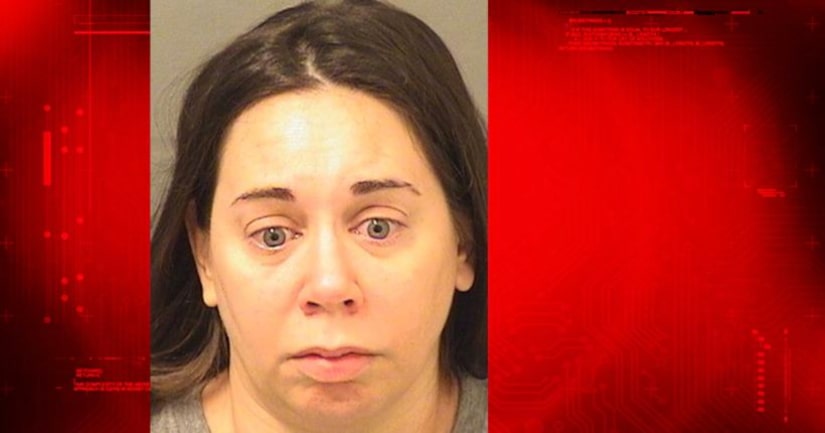 BOYNTON BEACH, Fla. -- (WPTV) -- A woman is accused of committing prostitution from a Boynton Beach home she was renting.

A homeowner went to the Boynton Beach police station and reported that she believed a woman she was renting a house to was engaging in prostitution.

The woman provided police with a rental agreement that had the name Christina M. DeMatteis on it.

The homeowner explained that her neighbors also believed that DeMatteis was prostituting out of the home because several men would drive up to the home and stay for 30 to 60 minutes and then leave.

Detectives took the information from the homeowner and began their investigation.

Police received word from the homeowner at a later time, that there was another guy at the home on SW 13th Street in Boynton Beach.

Detectives drove to the home and observed the vehicle.

As the vehicle left, the driver rolled through a stop sign without stopping and detectives intiated a traffic stop.

During questioning, the driver of the vehicle told detectives he was in the neighborhood to "see a friend".

One of the detectives showed the man a photograph of DeMatteis and asked him if he was there to engage in prostitution and the man admitted that he was.

He admitted to paying DeMatteis $100 for an hour of service. He then showed detectives the ad on the "BackPage" website where he learned about DeMatteis.

An undercover officer contacted DeMatteis, who told him it was $120 for her service and that her name was Anna.

A meeting was set up and the undercover officer went to the home where DeMatteis invited him inside. Upon entering, police said the smell of marijuana was present.