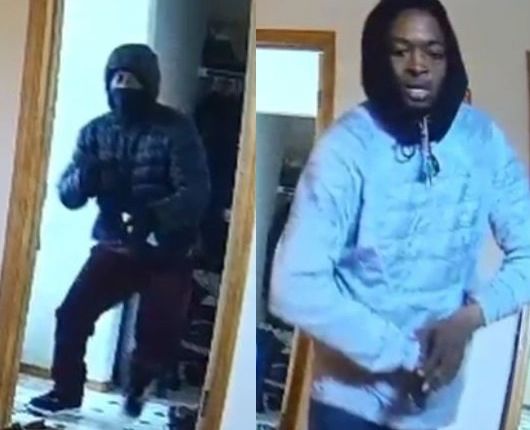 KCPQ
KCPQ - "The woman's screams can be heard. Police say the suspects ripped off the jewelry she was wearing."

A woman was inside the home and took refuge in a bathroom.