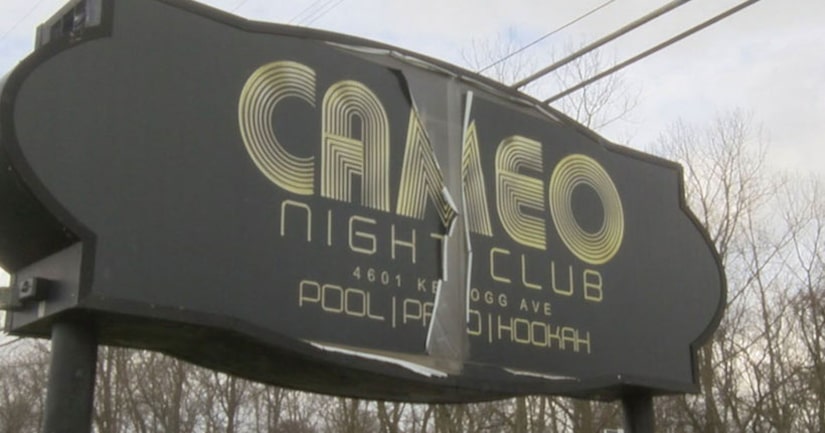 CINCINNATI -- (WXIX) -- Cincinnati Police have identified two suspects accused in a shootout inside Cameo nightclub that left one man dead and injured 16.

Cornell Beckley, 27 and Deondre Davis, 29 are charged with murder in the death of O'Bryan Spikes, 27, Chief Eliot Isaac announced Thursday.

Fugitive Apprehension agents arrested Beckley Thursday on Colerain Avenue. Davis, 29, was wounded in the shooting and is in critical condition at University of Cincinnati Medical Center.

More charges will likely be filed against both men.

Mayor John Cranley and other city leaders joined Isaac in announcing the first major developments since gunmen opened fire inside the club Sunday.

"This began as an altercation in the nightclub," said Isaac. "It escalated into individuals being able to sneak guns into the bar and shots being fired."

The club was supposed to be checking patrons for weapons. However, Isaac said, at least three different guns made it into the Kellogg Avenue club.

Investigators found 16 shell casings at the scene and police believe the gunmen fired more than 16 shots.

Investigators believe more arrests will be made in the case.

Several hundred people were inside the club when the gunfight broke after a dispute among several people, police said. The shootout sent club patrons diving to the ground to dodge bullets, police said.

911 calls released Wednesday revealed a chaotic scene following the shooting. Patrons were hiding in bathrooms and at least one 911 caller had already fled the scene with a gunshot victim in a vehicle.

As the frantic crowd continued to call 911, no one was able to provide a description of the shooter.

Four off-duty police officers were at the nightclub when the shooting broke out and quickly responded to help assist victims. The officers were providing security in the parking lot at the time, something police routinely do for clubs with liquor licenses.

Cameo Nightclub has a history of gun violence including a shooting inside the club on New Years Day 2015 and a shooting in the parking lot in September of the same year.

Police were called to the club upwards of 100 times since the beginning of 2016, city documents show.

The nightclub will permanently close on March 31.