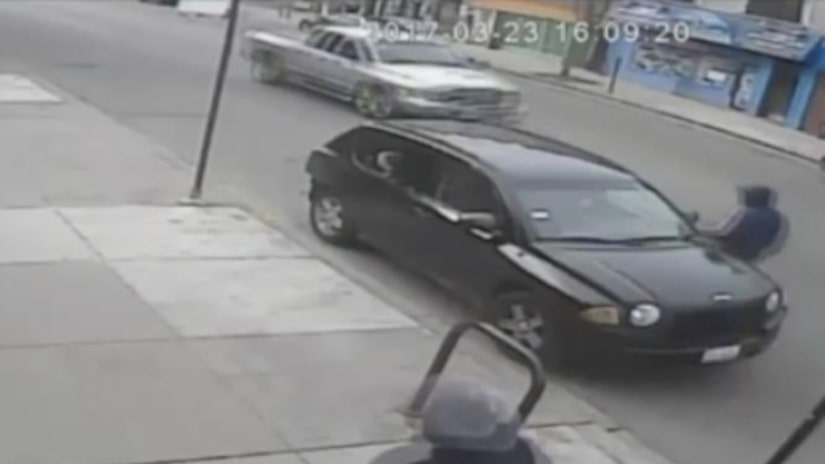 CHICAGO -- (WGN) -- Police are searching for a carjacker who was caught on surveillance video hopping into a running car with a 60-year-old woman and a toddler inside.

The family, who did not wish to be identified, says they were just making a quick stop to pay their phone bill and get some ice cream in the 1700 block of West 47th St in the city's Back of the Yards neighborhood.

Surveillance video shows the mom and son running into the store, leaving grandma and a 14-month-old girl in the backseat.

A man in a hoodie walks and then jumps into the driver's seat.