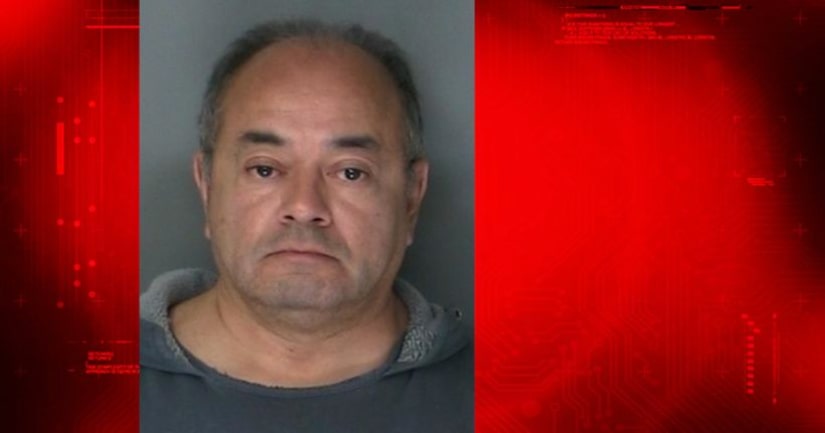 RIVERHEAD, N.Y. -- (WPIX) -- A foster father who took in more than 100 troubled boys over 20 years and is on trial for sexually abusing eight of the children operated a house that was a “horrific place” where boys lived in fear and needed permission to go to the bathroom, prosecutors said Wednesday.

In opening arguments, Suffolk County prosecutor Laurie Moroff described Cesar Gonzales-Mugaburu's suburban Long Island home in Ridge, New York, as a beautiful house with a pool, but inside the children lived in fear.

The foster system was like a candy store filled with boys for him, Moroff said. She said Gonzales-Mugaburo would threaten to shoot the boys or run them over with a car if they didn't obey him.

“It was a horrific place to live, eating on the floor, and not allowed to do anything without asking permission first including going to the bathroom,” Moroff said outside the court. “The lived in fear, they were afraid.”

Defense attorney Donald Mates said there was no truth to the charges, calling it a “witch hunt.” He said the accusers were all troubled boys. Some had psychiatric conditions like schizophrenia, ADHD, bipolar disorder and other conditions, Mates said.

“When you hear an allegation of eight children over 20 years and there has been more than 100 children in his home eight is really not a lot,” Mates said outside the courtroom.

Gonzales-Mugaburu, 60, was arrested in January 2016, after authorities said two boys in his care reported alleged abuse to a caseworker. Prosecutors said that prompted a wider investigation, which led to additional charges involving other alleged victims.