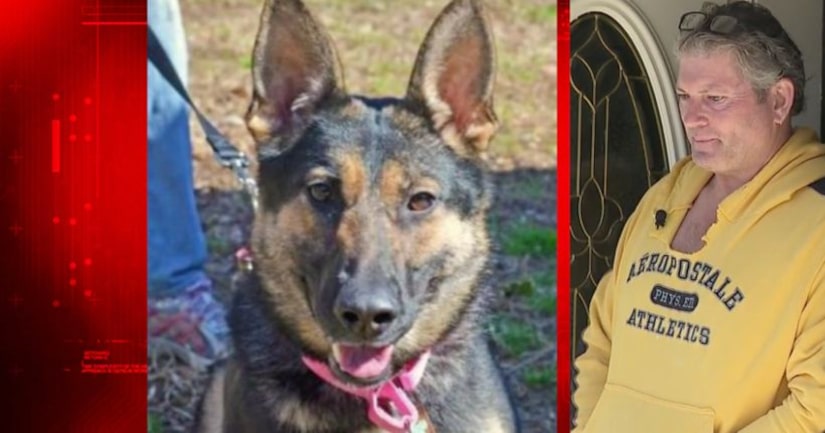 When they arrived, they found a man with a dead dog.

In an interview, William Harrell explained to FOX45 News that he shot the dog because it was dying and he didn't want it to suffer. He says the dog ate some pillows and got very sick.

"She was a beautiful Shepard named Doobie," Harrell said. "By yesterday morning, she was laying between the two houses trying to find a place to die, her legs had given out she had body tremors. I just didn't want to see my dog suffer anymore. I loved that dog. I have had dogs all my life, I raised dogs. they sleep with us. to think I did something that was cruel, I would rather take a whoopin' then hurt an animal."

"He did take matters into his own hands regarding his pet, he did shoot his dog," Police Spokesman Marc Limansky said. "The law says it is unlawful to cruelly kill a domestic animal."

Harrell says looking back now he would have done things differently, but adds, "I'm a God fearing man that wouldn't hurt anything intentionally, especially dogs, I like dogs more than I like people. I only tried to put her out of her suffering."

FULL STORY: Annapolis man says he shot and killed his dog to 'put her out of her suffering' - WBFF