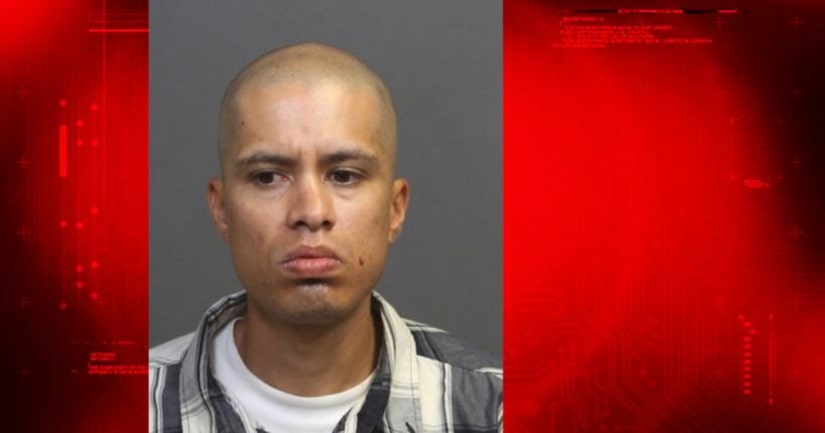 COSTA MESA, Calif. -- (KTLA) -- A Costa Mesa man has been arrested in connection with the stabbing of two men who were randomly attacked, police said Tuesday.

Jose Oscar Medina, 34, is being held on suspicion of two counts of attempted murder and one count of elder abuse, according to the Costa Mesa Police Department.

About 8:40 p.m. Sunday, officers were called to a stabbing in the 1800 block of Park Avenue. They found a 30-year-old man with stab wounds on his right arm and chest area, but the attacker had fled on a bicycle.

The next morning, officers were called to a stabbing about 10:30 a.m. Monday at a 99 Cents Only location on Harbor Boulevard, about a mile from the earlier attack.

The officers found a 63-year-old man victim with two stab wounds in the “lower mid-back,” police said in a news release. The victim was hospitalized and treated for wounds that were not life-threatening.

Officers briefly chased Medina around the shopping center and then arrested him.

Police did not say what led the officers to suspect Medina in either stabbing.