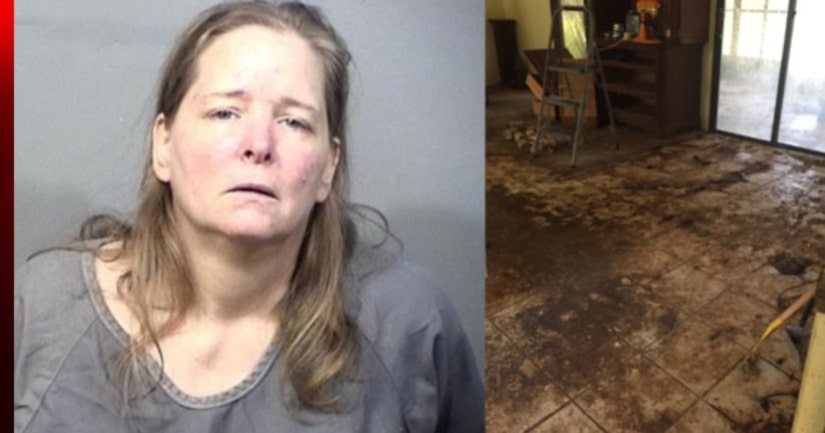 One dog, Camie, was kept in Claire Louise Mimier's backyard, according to the arrest affidavit. The other dog, Amie, was kept in a screened in porch without access to the outside, police said.

Neither dog had food or water available to them.

Camie's rib, spine and shoulder bones were protruding, and her eyes were covered in a yellow film, the report said. Her body was covered in untreated sores and scabs and her nails were about three inches long, according to authorities.

Police said Camie was unable to relieve herself because she was so malnourished.

The area where Amie was kept was covered in dog urine and feces, according to the affidavit. Authorities did not provide information on the dog's physical state.

FULL STORY: Dog rescued from Palm Bay home may have to be euthanized, police say - WKMG