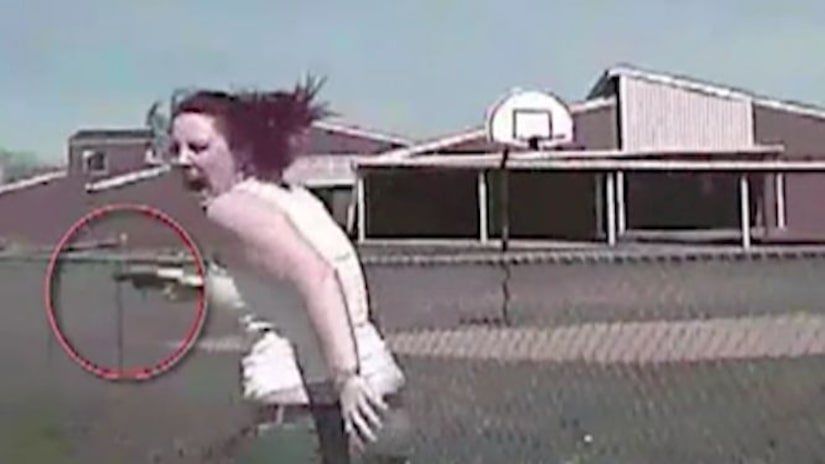 TULSA, Okla. -- (KFOR) -- Tulsa police have released dash cam video of a suspect being run over by a patrol car during a pursuit.

Authorities say 21-year-old Madison Dickson was wanted for a string of gun-related crimes, including shooting one man in the head and shooting a woman in the arm during an attempted carjacking.

Prosecutors charged Dickson with shooting with intent to kill, two counts of assault with a dangerous weapon, unauthorized use of a vehicle, attempted larceny and discharging a firearm in a public place from incidents on March 11 and March 12.