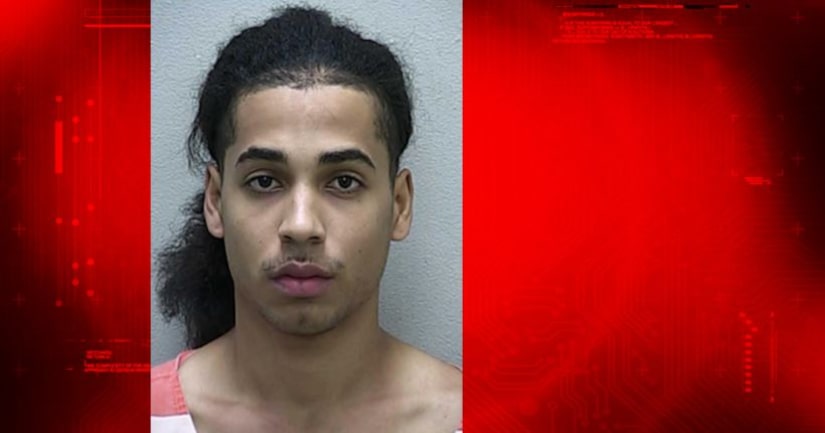 Deputies said they responded to the 1600 block of Southwest 107 Lane in Ocala after receiving information about shots being fired in the area.

Once deputies arrived, they spoke to two women, who are neighbors. One woman told deputies that a man, Kenneth Vaillant, 23, came by her home looking for her boyfriend, and told both women that he would be back later to “beat up” the woman's boyfriend, deputies said.

Deputies said Vaillant returned to the home later while the women were outside. One woman told deputies that Vaillant began walking aggressively from the road towards her home holding a black rifle under his hoodie, the Sheriff's Office said. The man then showed the gun and pointed it at one of the women, the victims told deputies. The women said Vaillant also pointed the gun at one of the women who was recording the incident on her cell phone, deputies said.