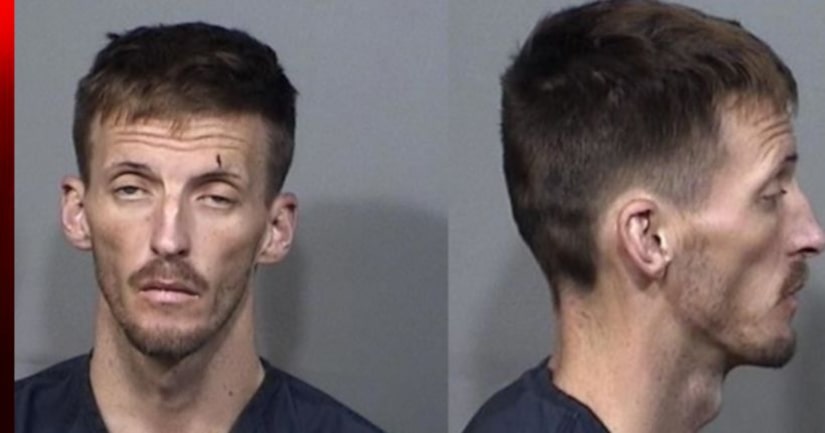 COCOA, Fla. -- (WKMG) -- A Titusville man left his shoe at the scene of the crime after he stole guns, a PlayStation, cash and other items from a home in Cocoa, the Brevard County Sheriff's Office said.

The homeowner's surveillance video showed Joseph Knight, 27, and another unidentified man entering the residence around 8:30 a.m. Wednesday. When Knight and the other man leave the home several minutes later, they're carrying guns, and Knight is missing one shoe and his baseball hat, the report said.

The two men get into the Toyota Corolla they arrived in and drive a few feet away before the car stops and one of the men gets out and tries to bend the license plate as if to conceal from cameras, deputies said.

The Corolla returns to the home and Knight goes inside, according to the affidavit. He comes back outside carrying items wrapped in a blanket and the two men leave in the car. Knight was still only wearing one tan slip-on shoe but had put his orange and black baseball hat back on.

The homeowner told deputies that guns, a PlayStation, an Epson Projector, a Harbor Freight wall mount safe, bills and titles, and $300 cash were stolen.

Deputies located the Corolla at a home in Titusville. The owner, who is Knight's mother's boyfriend, gave deputies consent to search the vehicle. A slip-on shoe matching the one left at the crime scene was found inside the car, deputies said.