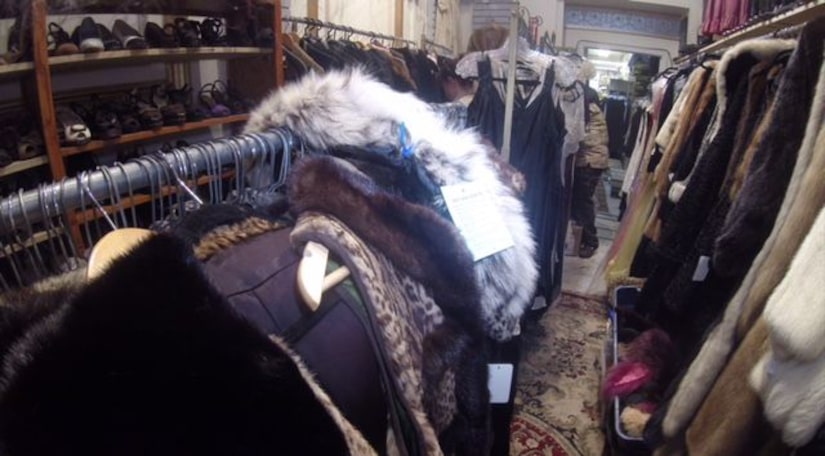 The California Department of Fish and Wildlife/KRON

SAN FRANCISCO -- (KRON) -- The owner of a vintage clothing store in San Francisco's Haight-Ashbury neighborhood is accused of illegally selling items made from endangered species.

Cicely Hansen, owner of Decades of Fashion, made her first court appearance Wednesday on nine misdemeanor counts of possession of endangered species with intent to sell.

However, her arraignment was put over to April 17 after her request for representation by the public defender's office was denied.

Hansen was arrested March 1, nearly a year after a Feb. 16, 2016, search of her store at 1653 Haight St. by state Department of Fish and Wildlife investigators.

Investigators seized 150 items from the store, which advertises items ranging from Victorian times to the 1980s. The items connected to the case include clothing and accessories containing skins and body parts from a jaguar, leopard, ocelot, snow leopard and endangered sea turtle, among others.

District Attorney George Gascon said the case stemmed from an anonymous tip made to state Fish and Wildlife authorities.