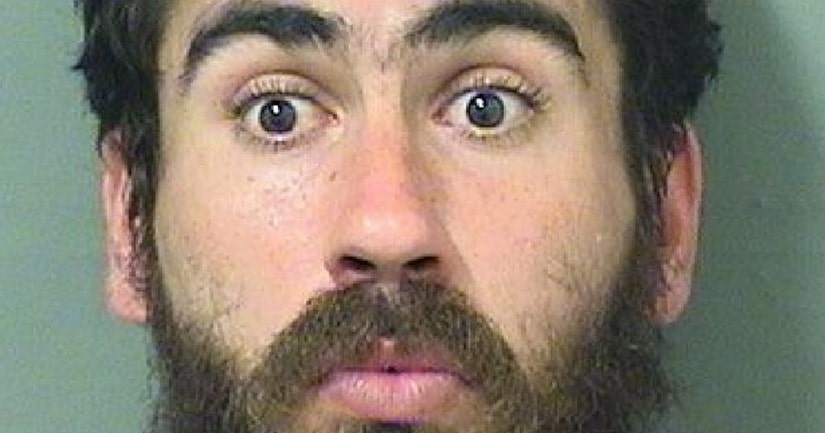 LAKE WORTH, Fla. -- (WZTV) -- A man was arrested and charged Tuesday after the Palm Beach Sheriff's Office says he beat up a 63-year-old woman and left her lying in the street unconscious.

Deputies responded to a call of an unresponsive, unconscious woman lying in the roadway of Davis Road last week. Deputies and rescue crews said the woman suffered two swollen eyes and had blood around her nose and mouth. She was transported to St. Mary's Medical Center for treatment.

According to the probable cause affidavit, a witness told deputies he saw the victim, 63-year-old Zhilla Bina, walking around the property picking up cigarettes from the ground. He told deputies he walked inside his cabin and returned to see the suspect, 30-year-old Kory Richards, standing over Bina, forcefully stomping her with his foot and throwing something at her chest.

The witness told authorities he ran to check on Bina and found her unresponsive. He then went to a neighbor's cabin and called 911, according to the report.

Deputies said the witness positively identified the suspect as Richards, and he was brought in for questioning.

According to the report, the two got into another argument. Richards told deputies that Bina scratched him in the eye and hit him with her purse and that he reacted in self-defense by grabbing her arm and putting her on the ground.

Richards says he called 911 as soon as the incident happened, according to the report.

Deputies arrested Richards and took him to the Detective Bureau, where officials say he retracted his initial statement.

Authorities say Richards told deputies he was upset over Bina picking up cigarettes on his property. He insisted that the woman scratched and hit him, which led him to punching her in the face and kicking her multiple times.