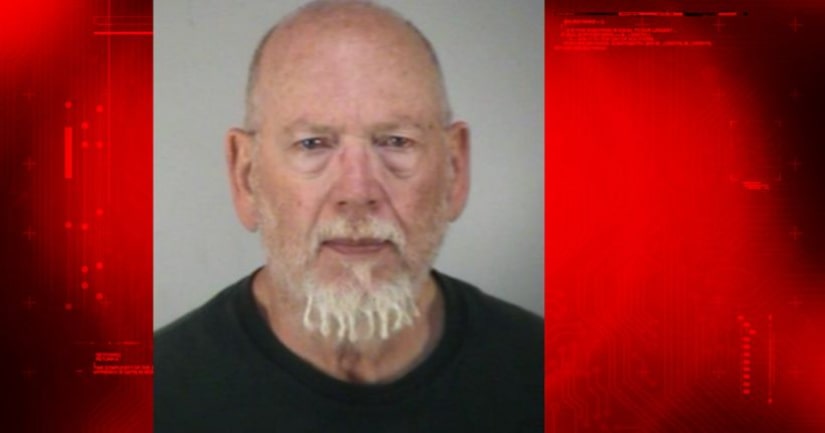 CLERMONT, Fla. -- (WKMG) -- A man who is accused of shooting at a police officer who was on his front doorstep has been arrested, according to the Clermont Police Department.

Police responded when a friend of Robert Sever reported that Sever had made threats of violence against him during a phone call.

According to the report, Sever had made past threats of violence against officers and others who attempted to make contact with him at his house.

On Tuesday, an officer knocked on Sever's door to speak with him and said, "Clermont Police Department, there was a package at your neighbor's house with your name on it." Seconds later, there was a voice from inside followed by a gunshot, according to an arrest report.

Sever had been on the phone with 911, requesting the fire department, because his house was on fire, but there was no smoke seen coming from the home. Lake County dispatch notified officers that 911 was also called by Harold Moffett, who served in Vietnam with Sever. Moffett said he was contacted by Sever, who said he was being shot at and wanted the federal government to respond to his residence.

Officers in the rear of the home said they saw Sever lay down on the ground in his patio, saying he had "a big surprise for everyone."

Moffett called dispatch again, saying that Sever was going to exit the home with his hands up. Following the call, Sever walked out of the home unarmed.

After speaking with officers, Sever said when he spoke to his friend on the phone earlier on Tuesday, he called his friend a mole, and if he saw him near his residence he would shoot him. Sever said his friend did not like the joke.

According to the report, upon questioning, Sever said when the officer knocked on Sever's door, he thought the officer was a "dirty cop" and shot through the front door to kill them. Sever said that if Moffett had not called him and asked him to surrender, he would not have.