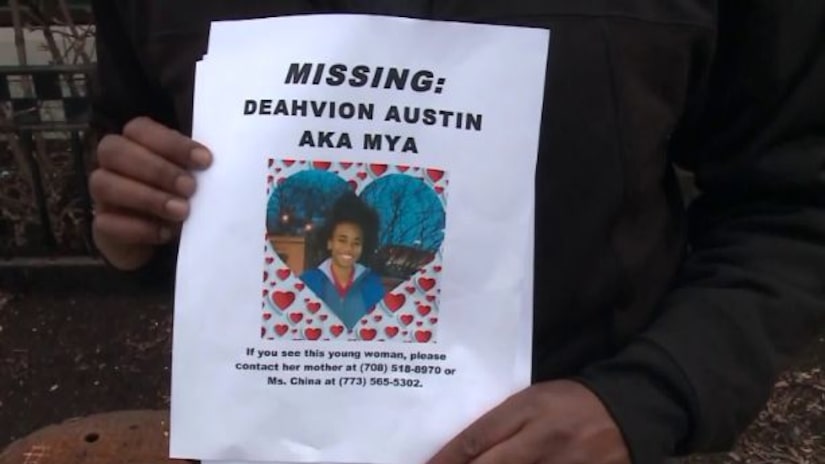 CHICAGO -- (WGN) -- Police are investigating after the family of a missing Chicago teen says she was sexually assaulted on Facebook Live.

Family members and friends of 15-year-old Deahvion Austin say they saw her on a video being sexually assaulted by several boys.

Deahvion 's mother Stacey Elkins says she distraught and worried because it's been more than 24 hours since she last saw her daughter.