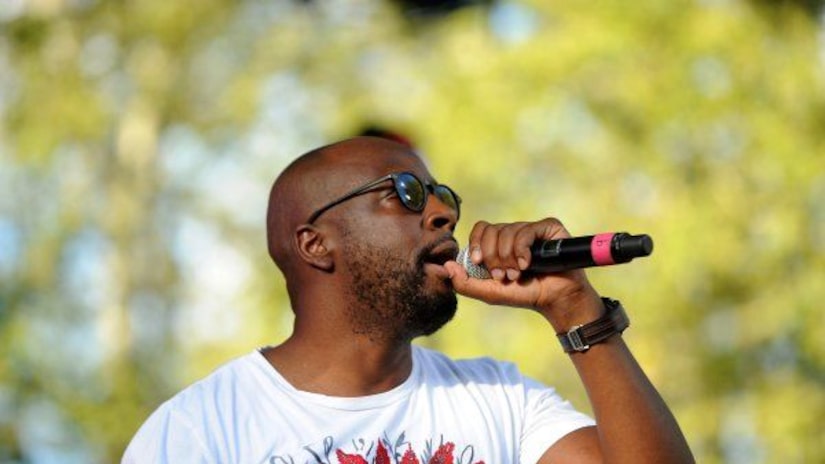 LOS ANGELES -- (KTLA) -- Music artist Wyclef Jean took to social media Tuesday after he says he was "mistaken" for a robber and detained by authorities in West Hollywood.

The victims of that robbery told investigators they had been pistol whipped and robbed, Walker said.

They described the robber as a black man wearing a gray or dark colored hoodie and a red bandana who fled in a gold or tan sedan with dealership plates.

Deputies located a vehicle in the area that matched the description and pulled it over, Walker said.

At that point, a woman exited the vehicle, followed by Jean and they were detained, Walker said.

Jean posted a video on Twitter showing himself in handcuffs.

“LAPD another case of mistaken identity. Black man with red bandana robbed a gas station as I was in the studio working but im in handcuffs?” Jean posted along with the video.

Jean also tweeted that he was being "treated like a criminal" and was "appalled" by the behavior of the authorities.