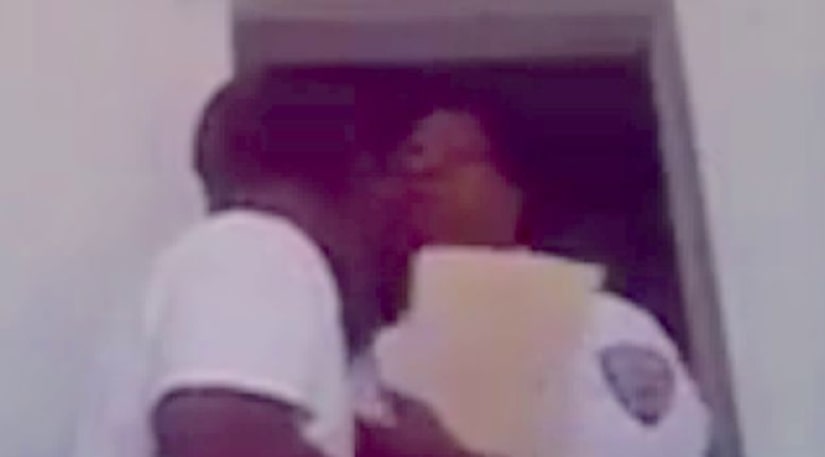 NEW YORK -- (WPIX) -- A Department of Correction veteran captain has resigned after video surfaced showing her kissing an inmate inside what appears to be a Rikers Island jail cell.

In the exclusive cellphone video obtained by PIX11 News, sources say, Capt. Shantay Dash walks by an inmate's cell inside the RNDC complex. The two begin a conversation and suddenly Dash is seen leaning in for what appears to be a kiss.

"What the heck?" Dash yells after the kiss.

However, right after that, the two exchange a high five.