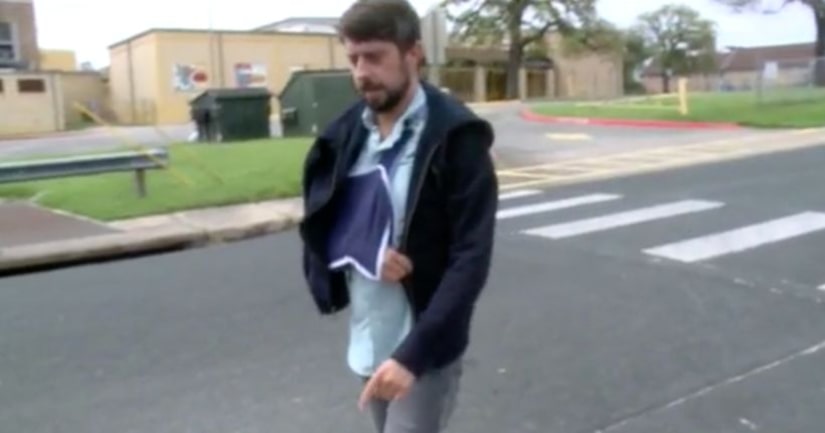 AUSTIN -- (KXAN) -- It's a walk Michael Sanders has taken safely many times before. After catching a South by Southwest show at Hotel Vegas on East Sixth Street, Sanders — the lead guitarist for the band Löwin — was walking home when three men emerged from the shadows near the corner of Leona and Gregory Street.

The first man who walked up to him held an assault rifle, which at first looked fake to Sanders. When the other two men pulled out 9mm pistols, he knew it was real.

The three pinned Sanders against a parked car and robbed him of his phone, cash and credit cards. As Sanders walked forward toward his home, hoping to get a good look at the suspects' car, one of the men with a pistol turned around and shot him.

“That was guy was trying to kill me. He shot right at me,” Sanders said, who was shot in the shoulder. “They had their faces masked with bandanas. You could tell it wasn't the first rodeo for them.”

Sanders felt like he was targeted as a SXSW attendee coming home in the early morning hours.

“They know they have cash and they know they're walking back to an area like this that has houses that people rent for the week and all that,” he said.

APD would not release details of the investigation, but did say the robbery was not related to SXSW, something Sanders told KXAN he has a hard time believing.

“It's clearly SXSW related, I mean it's not related in the sense that it was related to an official event or venue but like, these guys were waiting for people to walk home from SXSW shows,” Sanders said. “All things considered, something happening like this, it could have been much worse.”