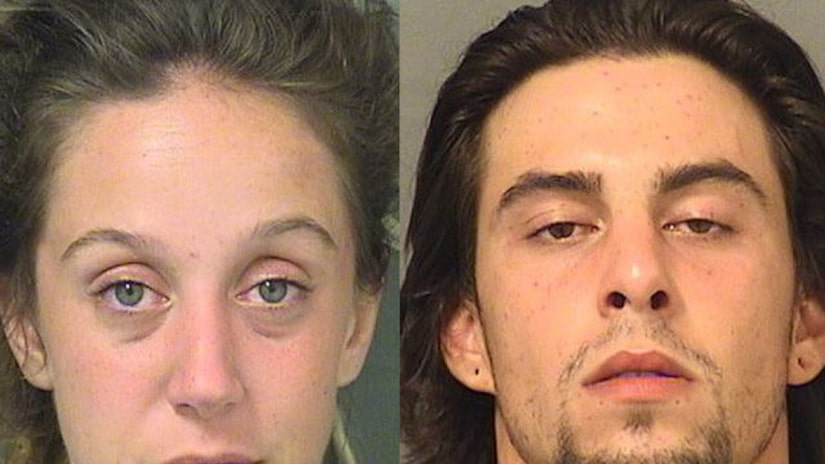 Court documents reveal Anthony Vazquez jumped on the hood of his mother's car Sunday, pointed a gun at her and then demanded she give him Percocet.

His mother drove away, but deputies believe Vazquez and his girlfriend, Lindsay Newsome, caught up with her in Newsome's car. Eventually, Vazquez took prescription pills from his mother at gunpoint, according the arrest report.

Vazquez is charged with robbery with a firearm and two counts of aggravated assault.

Newsome faces one charge of robbery with a firearm.

In court Tuesday, a judge denied bond for Vazquez and revoked his bond in a separate, open case.

The same judge will allow Newsome to go on house arrest if she posts a $25,000 bond. She is not allowed to contact the victim, witnesses or Vazquez. The judge also ordered her to stay away from the apartment where this allegedly took place and not to possess any weapons.

FULL STORY: PBSO: Man and his girlfriend rob his mother at gunpoint for painkillers - WPTV