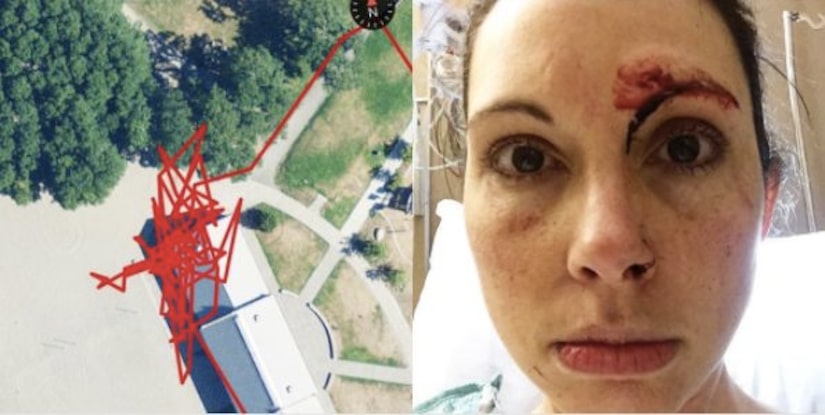 SEATTLE -- (KDVR) -- On the fourth mile of a marathon training run, 36-year-old Kelly Herron stopped to use a public bathroom in a Seattle park.

“As I was drying my hands I became aware that something was wrong,” she tells ABC News.

As she turned around, she found herself face to face with a man who “immediately took me down to the ground, hit both my knees and legs, and then it was a fight on the bathroom floor and I just kept screaming, 'not today mother f—er.'”

Herron said that bit of profanity became her “battle cry” throughout the attack, as she tried at first to lock herself inside a stall.

Her attacker, who police have identified as 40-year-old registered sex offender Gary Steiner, forced his way into the stall and “started beating me in the face with his hand.”

At that point, she realized, “this doesn't have to be a fair fight” and remembering a self-defense course from weeks earlier, started clawing his face.

"All those little things that I learned in my life … how to punch and everything came back to me,” Herron said.

With a surge of adrenaline, she escaped the stall and the bathroom. A passerby had a carabiner, and they used it to lock the assailant in the building until police arrived.