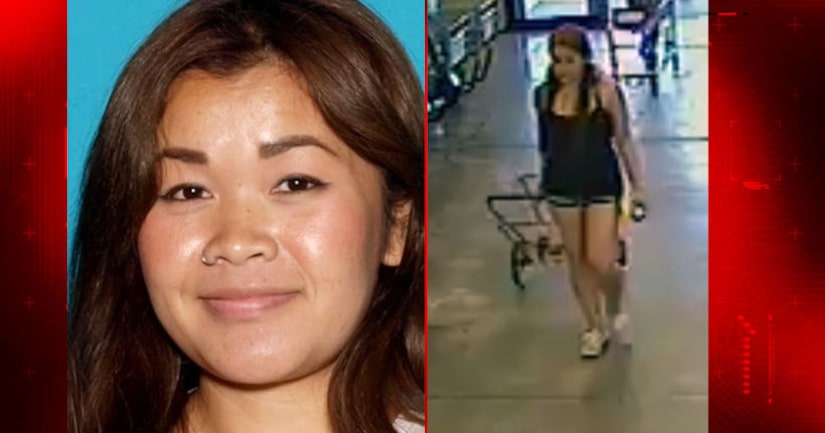 RIVERSIDE, Calif. -- (KTLA) -- A 31-year-old woman investigators believe to be the mother of a toddler who was abandoned at a grocery store has been taken into custody Tuesday afternoon, Riverside police said.

The suspect was identified midday Tuesday as Chiengkham Vilaysane, and referred to by Riverside police as "Cindy." She was arrested at a bank in the south end of Riverside after a teller recognized her from news reports, police told KTLA.

Vilaysane was cooperating with the investigation and was expected to be booked on felony charges of child endangerment and child abandonment, Riverside police Det. Paul Miranda said.

Police released her photo and name in an effort to find her several hours before she was detained.

Miranda said family members told investigators Vilaysane was recently kicked out of her home because she had problems with drugs and alcohol abuse, as well as mental issues.

Riverside police released this photo a mother who allegedly abandoned her 2-year-old daughter at a Food 4 Less on Sunday, March 12, 2017.Officers were called to the store when the child was found alone.

The little girl wandered off from her mother and a good Samaritan brought the child back to the woman, who responded, “Oh, just leave her,” according to a police news release.

The woman left after paying for her groceries, leaving the child at the store.

Watching the surveillance video, the child was able to identify the woman as her "mommy," police said. The girl has been placed into county child protective services custody.

Police said Vilaysane has an older child who lives with her father, who is also the father of the toddler.

Vilaysane may have had past contact with county child protective services and police at her last known address in Riverside, according to Riverside police spokesman Officer Ryan Railsback.

One Facebook page lists Vilaysane as working for the Riverside County Sheriff's Department; the department said she had never been employed there.