It is a huge problem when it comes to crime prevention: The latest statistics show nearly half of all prisoners released from behind bars will be rearrested. Crime Watch Daily profiles a special business that's doing everything it can to turn this troubling trend around.

From crooks to coffee connoisseurs, this company has only one job requirement: You have to be a felon.

"I do have a felony background," said Amy, an employee at Second Chance Coffee. "I was incarcerated for 20 months for misappropriation for financial institution funds."

Amy, who only wants to be known by her first name, is now the plant manager at Second Chance Coffee, a company that gives ex-jailbirds jobs.

"You don't want a hand out, you want a hand up," said Amy. "The company gives you a second chance. That's what it's all about."

Big things are brewing in this nondescript office in the quiet little town of Wheaton, Illinois, just outside Chicago.

Some of the finest coffee in the world is being roasted by ex-convicts, a title that can often make it nearly impossible to find work after release.

"You have an employment application in front of you and you start filling it out, and there's a box you have to check that says that you are incarcerated, and as soon as an employer sees that, the interview is over," said Amy.

The inspiration for Second Chance Coffee percolated when Peter Leonard, a software designer, traveled to Brazil on a church mission

There, in the jungle, he saw people roasting coffee over an open fire.

"It never occurred to me that a human being roasted coffee beans," said Leonard, the CEO of Second Chance Coffee. "My experience with coffee was what's in the cup."

Leonard brought about 22 pounds of coffee beans home to give away as gifts. He wound up drinking all of it. And it wasn't long before Peter missed the rich aromatic coffee of Brazil. So he built his own makeshift coffee-roasting machine at home.

"I built a roasting drum out of an Ikea shelf and a couple of pots that I riveted onto the side of it and started to learn how to roast coffee beans," said Leonard.

Neighbors poured into his driveway every Saturday to get a cup of his home brew, and they offered to pay.

Around the same, Leonard witnessed a family member hopelessly searching for work after doing time.

"It was watching him go through the process of getting released and trying to find work and not being able to get it that was the wake up call, the thing that got my brain pointed in the direction," said Leonard.

Peter Leonard connected the dots. The United States has the largest prison population in the world, with 2.2 million adults in custody.

The U.S. fuels its addiction to caffeine to the tune of 45 million pounds of coffee each year.

Peter Leonard thought, Why not marry the two?

"We started with one employee roasting one half of one day a week," said Leonard. "We grew tremendously in that first year. We were roasting every day of the week, sometimes overnight, sometimes around the clock."

And demand grew. The gourmet grounds are now stocked at farmers markets, high-end grocery stores in the U.S., and sold on Second Chance Coffee's website.

"It's not like baking a cake," said Leonard. "Very complicated, nuanced process."

Louis Dooley was eager to learn the art of coffee-roasting. He spent 15 and a half years in prison for attempted murder and armed robbery. When he was released, Dooley needed a job, badly.

"There was a stage in life where I just wanted to go back in, because I couldn't figure out how to live out here. I really couldn't, and I was trying and nothing was happening, and the only thing that kept me was my faith," said Dooley.

That faith brought him to the church where he met Peter Leonard, who offered him a job.

"I met Louis at a speaking engagement that I had at a church, and he came up to me afterwards and essentially said, 'Mr. Leonard, my name is Louis Dooley and I'm going to work for you,'" said Leonard.

Piece by piece, ex-cons are rebuilding their lives.

And Leonard has plans to build the business.

"Our hope for every employee, whether they still work here or graduate here, is that they are able to put their past behind them and work as a productive person in society and are accepted for who they are today," said Leonard.

With raw beans coming from places like Colombia, Panama and Ethiopia, the final product from Second Chance Coffee is not cheap: A 12-ounce bag will run you $16.99. 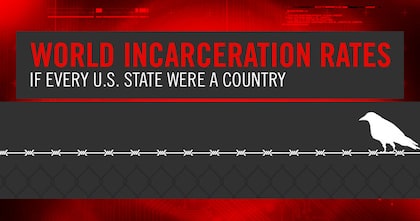 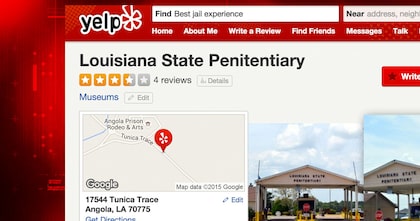 Yelp reviews of jails and prisons