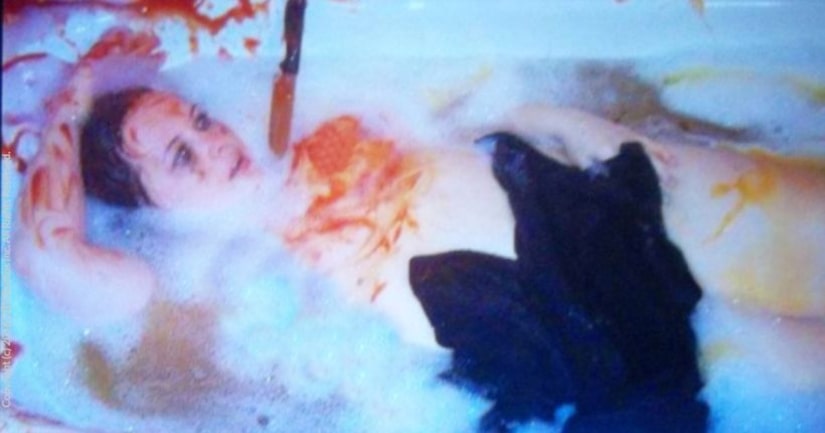 SANDUSKY, Ohio -- (WKMG) -- An Ohio couple is in hot water after staging a grisly murder scene in their bathtub before texting photos to family as a "prank."

Micah Risner and girlfriend Nataleigh Schlette caused a massive scene as cops showed up in force at their home to investigate the "murder."

In the photo, which was circulated to relatives, Schlette is seen with her eyes open in the tub with a knife nearby and covered in "blood" that was later revealed to be ketchup.

"I just thought it'd be really cool and it'd be funny," Schlette told Inside Edition.

"I wiped ketchup everywhere, put some in the water," Micah told Inside Edition. "then she got in the water and I added more ketchup to make it look more gruesome."

He then texted the photo to his sister and wrote: "Please help me! I really didn't mean to. I don't remember. We was arguing and I woke up to this!"

"I woke up on the bathroom floor with blood on me," he said. "And her like that. I'm trying to clean."

His mom thought it was real when she saw the photo and called 911, telling the dispatcher: "He sent one picture of her in a bathtub with a knife and blood is everywhere."

The 911 operator asked: "Did he say he killed his girlfriend?"

“He said he snapped and he said he blacked out and that's when he came to," the frightened mother said.

Even Risner's grandma called 911 when the photo was forwarded to her.

The dispatcher sent every available cop in Sandusky to the "scene of the crime."