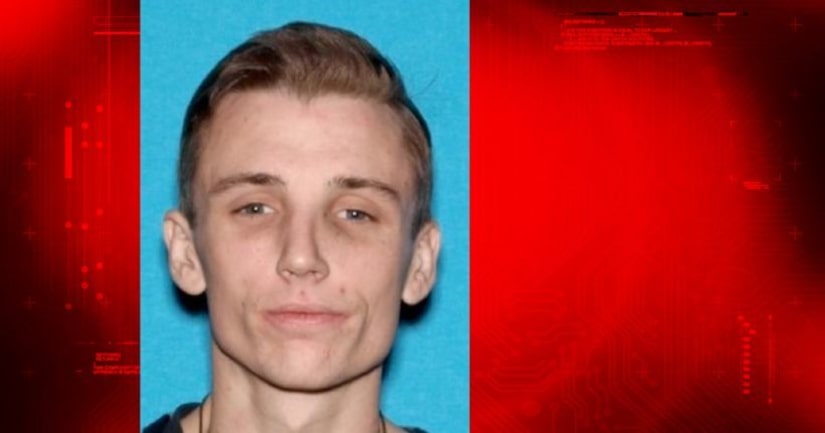 LOS ANGELES -- (KTLA) -- A 29-year-old man was arrested in connection with a Los Feliz robbery that was caught on surveillance video, LAPD officials said Monday.

Tanner Jacob Mitchell was arrested on suspicion of robbery, and [a] warrant was issued for Kevin Andrew Haney, 23, according to the Los Angeles Police Department.

Before robbing the home on Feb. 9, the suspects first went inside a home in the 3800 block of Amesbury Road.

In the first incident, the two men were seen sitting in their car for about 20 minutes while they allegedly watched the homeowners.

After one resident went out to walk her dog, the men allegedly walked up to the front door and opened it.

They left that home when they realized people were still inside, but later broke into another home in the 2500 block of Aberdeen Avenue and ransacked it, police said.

FULL STORY: Arrest made in Los Feliz robbery that was caught on camera; second suspect remains at large - KTLA