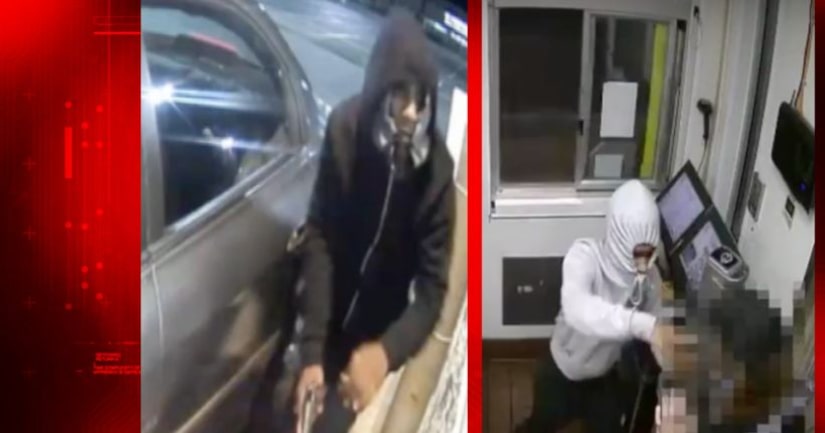 HARRIS COUNTY, Texas -- (KIAH) -- The Harris County Sheriff's Office has released surveillance video showing a group of suspected robbers climbing through the drive-thru window of a fast-food restaurant and assaulting an employee in the Greenspoint area, authorities said.

Investigators said a man driving a gray-colored four-door sedan went into the drive-thru at a McDonald's in the 21300 block of the North Freeway around 12:45 a.m. While he pulled up to the pickup window, officers said three other men hid themselves along the side of the fast-food restaurant.

Deputies said one of the men had a black cloth wrapped around his head and another was wearing a black hoodie and mask.

When an employee opened the service window, the three men rushed the window and forced their way into the McDonald's, the sheriff's office said. Officers said one of the men hit an employee in the head with a handgun as the group demanded money.

After the robbery, the three men climbed out of the McDonald's using the service window before running to the car and driving off.