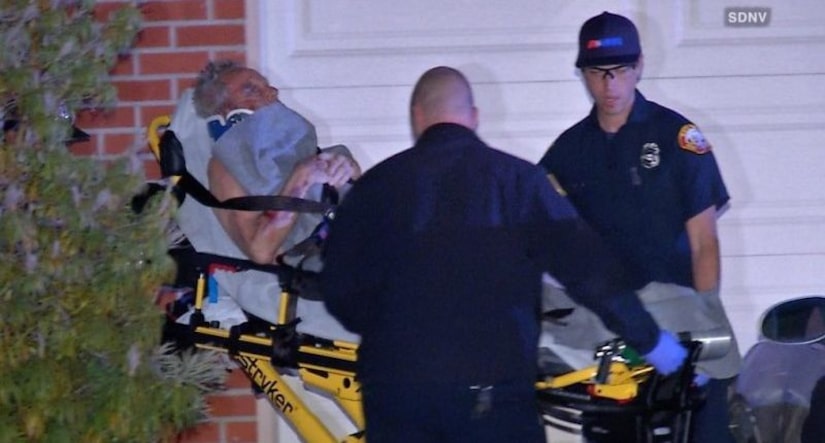 SAN DIEGO -- (KSWB) -- A man allegedly attacked his elderly father with a crowbar while he was sleeping following an argument at the North Clairemont-area home they share, San Diego police said Friday.

The suspect, Charles Duval, and his 87-year-old father got into an argument sometime before the older man went to bed Thursday night at their residence in the 5500 block of Diane Avenue, according to San Diego police Officer Tony Martinez. It was not immediately clear what they were fighting about.

Later that night, Duval allegedly armed himself with a crowbar and used it to choke his sleeping father. He then dropped the weapon and pummeled the victim with his fists, causing numerous non-life-threatening contusions, Martinez said.

The victim struggled to defend himself and was unable to call for help because the suspect had disabled the phone, the officer said. He later told police he believed his son had been trying to kill him.