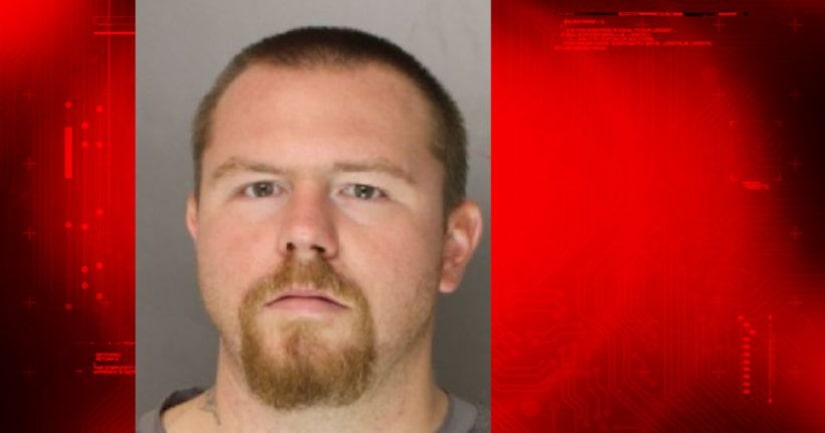 GAP, LANCASTER COUNTY, Pa. -- (WPMT) -- A Gap man was arrested Thursday after police found a cache of drugs and a stick of dynamite in his vehicle during a traffic stop in Lancaster County earlier this month.

Dustin A. Marrion, 32, is charged with manufacture, delivery or possession with intent to deliver, possession of weapons of mass destruction, recklessly endangering another person, use or possession of drug paraphernalia, making repairs or selling an offensive weapon, driving an unregistered vehicle, and operating a vehicle without a valid inspection. He was arraigned Thursday and taken to Lancaster County Prison in lieu of $1 million dollars bail.

Police discovered the items after stopping Marrion in Christiana Borough on March 1 for driving a vehicle with an expired registration sticker.

Police seized 78 bags of heroin, 29.6 grams of methamphetamine, a stick of dynamite, three knives (two of which were altered), drug packaging materials, $299 in cash, a machete (hidden in a spare tire well area) and 3 Airsoft guns.

Authorities say the heroin was stamped “Head Banger, “Hang Over,” “Turbo Disel,” and “Ram.” They estimate the methamphetamine which was seized is worth about $3,000 on the street.