DELPHI, Ind. -- (WXIN) -- For the first time since the deaths of two teens in Delphi, the grandfather of one of the victims spoke to the media about the case.

Mike Patty, Liberty German's grandfather, said he was confident police would solve the case and thanked the community for the outpouring of support his family has received since 14-year-old Libby and 13-year-old Abigail Williams were found dead near the Monon High Bridge.

Patty started with a statement from Abby's family.

The girls went for a hike near the Monon High Bridge on Feb. 13 but didn't arrive at a prearranged meeting point later in the afternoon. They were reported missing, and their bodies were found a day later.

"This horrible crime has torn a hole in our families that will never heal," Patty said. "It's the small things that seem to hurt the most. It's just natural to holler for them to come to dinner or in the mornings to get up and get ready for school or to come through the door after school."

Patty said the girls were excited about the upcoming softball season.

"Just the day before this all happened, they had their equipment out playing catch, working on their batting in the backyard," he said. "They'll never get to play another single inning again. There are too many ways to count how our lives have been impacted to share today."

Patty recalled a phrase Libby frequently said when asked to do something like pick up her shoes or backup--"I will, in a minute," she'd reply.

"Please, give her the one minute she always asked for, to really study the picture and listen to the audio clip. Someone out there knows this person or persons. He's someone's neighbor, coworker, family member, friend, husband or acquaintance."

FULL STORY: Grandfather of slain Delphi teen: 'It's the small things that seem to hurt the most' - WXIN 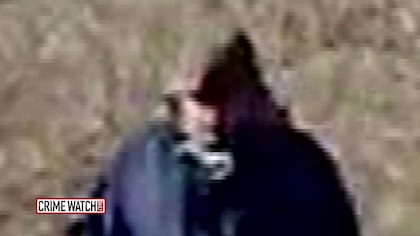