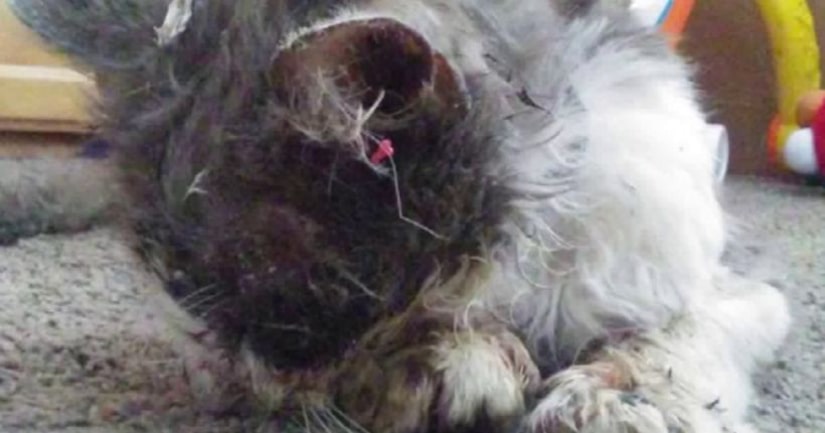 WARNING: Some of the details included in this story may be upsetting to some.

CLEARFIELD, Utah -- (KSTU) -- The owners of a Clearfield cat are sick with shock after he went missing for days then came home with what veterinarians and the Humane Society of Northern Utah are calling the worst case of animal abuse they've ever seen.

If a cat has nine lives, Sage could use all of them right now, as he barely hangs on to life.

“It's heartbreaking,” owner China Cassel said. “We all sat around him and we cried because we didn't know what to do.”

She said Sage disappeared on Saturday, and her sister discovered him early Wednesday morning in their home.

They said he must have given it his all to get inside.

“He had to have—with his injuries--hopped over that [fence], climbed through the dog door and just barely made it to the bottom of the stairs,” she said.

Normally, the 6-year-old grey and white, fluffy family member is always asking for love and attention.

“He's one of the lights of our lives,” Cassel said.

But on Wednesday, he looked unrecognizable, and couldn't move or meow.

Cassel said his eyes were swollen shut, and his fur had been chopped up.

“He's missing a lot of skin. You can see his bones,” she said, describing Sage's injuries. “His whiskers were clean-cut.”

The family also noticed what looked like hot glue or silicone caulk stuck to his body, and in areas like his rectum.