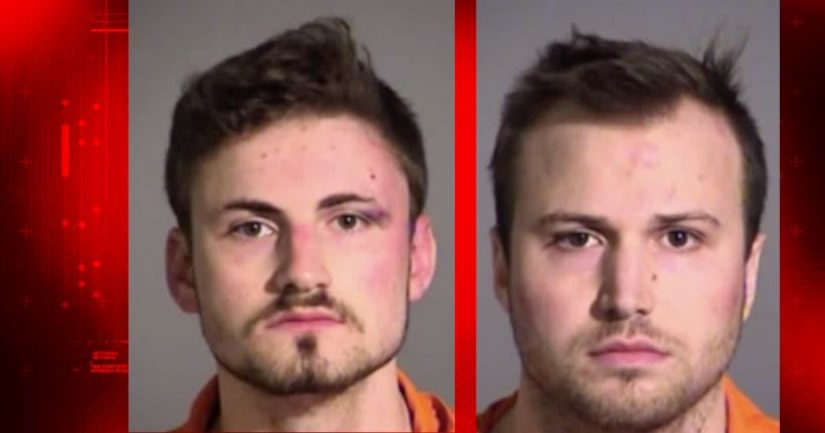 INDIANAPOLIS, Ind. -- (WXIN) -- Two brothers took magic mushrooms, got naked and then caused havoc around an Indianapolis apartment complex, according to court documents.

Noah Batz, 24, and Timothy Batz, 21, pleaded not guilty Wednesday to a combined 17 charges including public nudity, battery and resisting arrest. This all stems from events at the Lighthouse Landings Apartments on Indy's south side Sunday.

“We knew it was something beyond just being drunk or high...it was something heavy duty. Not a good batch of whatever he got," said witness Aimee Payton, who also recorded parts of the ordeal.

According to court documents, one neighbor came outside her apartment to find the men naked and on top of each other. She told police they yelled, "Look at us, look at us."

As she walked to her car, Payton says Noah Batz ran after her and punched her in the face.

"He was extremely aggressive and then to hear later he punched somebody, it wasn't surprising with how agitated he was and he continued to get more and more agitated," Payton said.

The brothers are also accused of threatening to kill the apartment complex's assistant manager. She told police she went to tell other residents to stay away from the two men and when she did, one brother began banging on her car screaming, "I'll kill you."

She also told police she saw the brothers, "grab onto each other's head and passionately begin making out with one another in front of the dumpster," according to court documents.