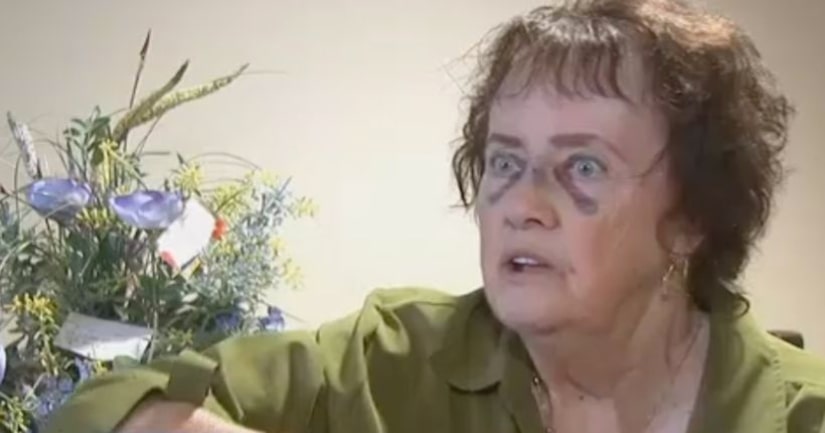 ATLANTA -- (WGCL) -- Sandra McClung will never forget her trip to Walmart, which ended in a vicious attack.

“We looked at each other for a minute and she said, 'I'm trying to get bread white b****,'” McClung said.

It began near the bread aisle when McClung said a woman nearly collided with her and then called her an offensive name.

Moments later, McClung was sucker punched in the side of her face. Then the suspect reached over her electric riding cart and continued to punch her several more times in the nose.

“The blood was going and she kept on like she was boxing so I saw I couldn't do anything so I started hollering help, help,” McClung said.

The grandmother then said her attacker left the store, but left behind a valuable piece of evidence -- her cell phone.

“God let her drop her phone in my buggy so they can find her because God don't like ugly, he sure don't,” McClung said.