ARKANSAS -- (WGNO) -- Amazon, go ahead and hand over the recordings in that murder case.

A high-profile attorney has taken over as lead counsel for an Arkansas man accused of killing his friend, a former police officer, after a night of drinking and football. A prosecutor had sought recordings from the defendant's Amazon Echo smart speaker as evidence in the case, a request the online retailer had rebuffed.

According to a court document, lawyer Kathleen Zellner ended the legal tug of war Friday when she filed a motion saying her client, James Bates, would voluntarily hand over the recordings. Amazon provided the data to prosecutors later that day, the document says.

Zellner, who rose to fame as the attorney for Steve Avery in Netflix's “Making a Murderer,” could not immediately be reached for comment at her Downers Grove, Illinois, office Tuesday.

“Given the important First Amendment and privacy implications at stake, the warrant should be quashed unless the Court finds that the State has met its heightened burden for compelled production of such materials,” Amazon's lawyers wrote in a February memo seeking to quash Smith's request for a search warrant.

In a statement sent to CNN last year, the company said, “Amazon objects to overbroad or otherwise inappropriate demands as a matter of course.”

Smith has said he hopes the voice-activated Echo — which answers users' questions, plays music, reads news and connects to other smart devices — will provide information on how a man came to be found dead in 31-year-old Bates' hot tub.Kimberly Weber, who previously was lead defense counsel in Bates' case, told CNN in December there was nothing useful on the device and applauded Amazon for protecting her client's privacy.

Bates, who was arrested last year on suspicion of first-degree murder, is free on a $350,000 bond.

A discovery hearing in the case was scheduled for Wednesday, but it's unclear if the hearing is still necessary now that Bates has acquiesced to the prosecutor's request for the recordings.

As technology has become more integral to daily life, authorities have increasingly sought evidence from mobile phones, laptops, social media, even the “Warcraft” video game. Attempting to mine a smart speaker for information may be a first though.

The Amazon Echo became a subject of the November 2015 murder case because someone present on the night of the death recalled hearing music streaming through the device, prosecutors say.

Bates had invited two friends — one of them former Georgia police officer Victor Collins, 47 — over to his Bentonville home, where they watched college football, drank beer and shot vodka, according to the search warrant affidavit filed in Benton County Circuit Court. The men decided to get into Bates' hot tub, and Bates said he went to bed around 1 a.m. When he awoke in the morning, Collins was floating face-down in the hot tub, the affidavit says.

Weber previously told CNN that Collins was Bates' friend, and his death was a tragic accident, possibly stemming from his drinking. Collins' blood-alcohol content at the time of death was .32, four times the legal limit to drive in Arkansas, she said.

Investigators contend in the affidavit there were signs of a struggle, including injuries to Collins and Bates, a broken shot glass, dried blood inside the home and indications the patio and hot tub had been hosed down before police arrived.Another smart device, Bates' water heater, points to an exorbitant amount of water being used in the early-morning hours in what investigators believe was an attempt to cover up a crime, the affidavit says. 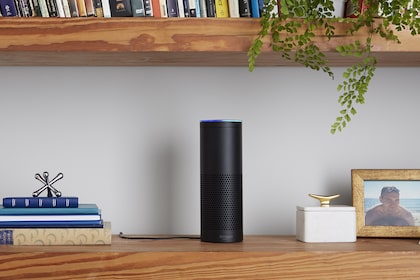