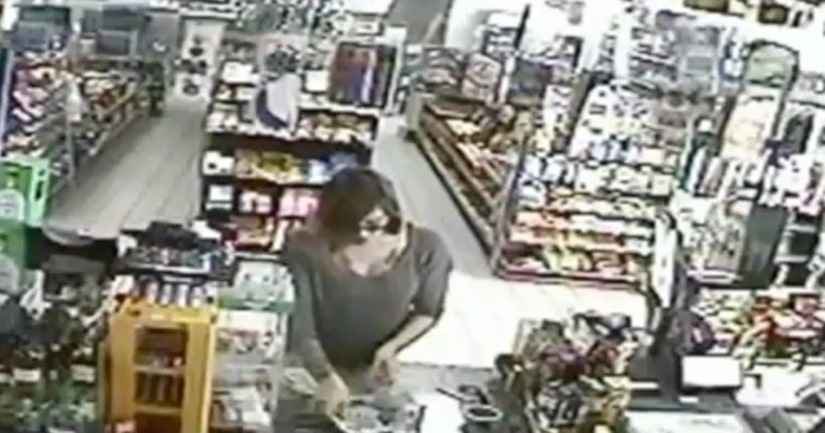 CANYON COUNTRY, Calif. -- (KTLA) -- A woman who is 8-months pregnant was caught on surveillance running after a robber at a Canyon Country convenience store last week.

Jannette Garlow was at the store just down the street from her home to get a money order to pay her family's rent, when “out of nowhere, a guy comes from behind me and pushes me out of the way,” she told KTLA Monday.

The man then tried to grab about $2,000 from Garlow and ran away.

Garlow said she chased after him and he slipped on a rug in the store and fell down. She said the man dragged her on the floor as he tried to get away, but she got back up and chased after him in the parking lot.

“I was already trying to get him ... and I kind of fell on the floor and went down,” she said.

The man was able to get outside and was getting into a car with two other people. Garlow said she grabbed the car door as the man was yelling "Go go go!"

“All I could really think was, 'you're not taking my rent money.' My husband just worked so hard for that money, I'm going to get that money back,” she said.