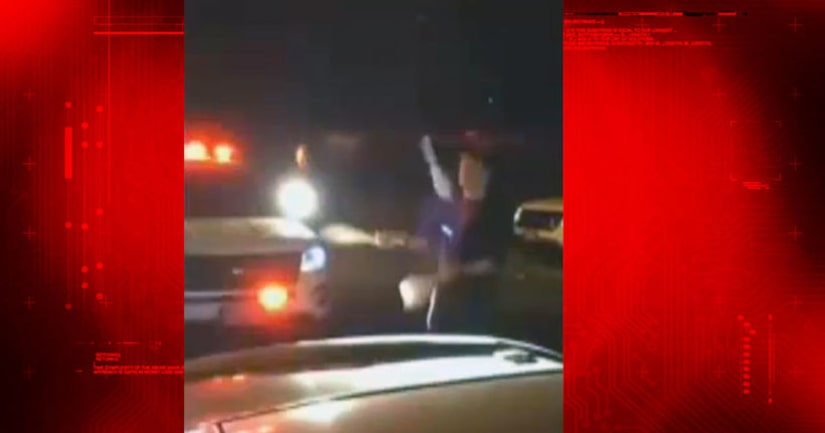 CONWAY, Ark. -- (KARK/WXIX) -- An Arkansas college student pulled over by police proved his sobriety by juggling for the officer.

Blayk Puckett, a junior at the University of Central Arkansas, was driving home from the library late Friday night.

"I had a brake light out, and so I'm driving very carefully trying to be as careful as I can not to do anything wrong because I knew my brake light was out,” Puckett said.

But Puckett wasn't careful enough, and when he pulled to a stop at a traffic light, Sgt. Keith McKay pulled the student over.

McKay thought Puckett could have been driving under the influence.

"A lot of times, especially around a college campus, the later in the night it gets, the slower they go, and especially if they almost hit a curb once, that's typically indications they might be impaired,” McKay said.

The officer showed Puckett the broken brake light and talked to him to make sure he was sober.

Then, McKay asked a question that changed the entire conversation: “What's that in your pocket?”

Puckett told the officer he was a magician, and McKay asked to see some magic. Puckett offered to juggle instead.

"I knew I could prove I hadn't been drinking, especially with juggling clubs in the back seat,” he said.

Puckett posted the video of his juggling traffic stop to Facebook where it was viewed more than 7,500 times.

"It's just more fun when you can juggle and have more fun with the officers than a standard traffic stop that's boring and scary,” Puckett said.

McKay says it was the most fun traffic stop he's ever made.

In the end, McKay didn't give the magician a ticket. He says he knew Puckett was sober before the juggling began and that it was just for fun.

FULL STORY: Magician proves sobriety, gets out of ticket by juggling - WXIX