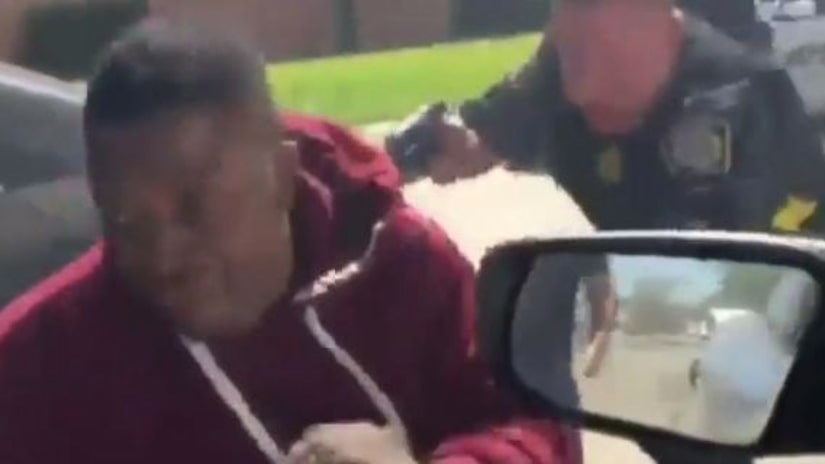 HOUSTON -- (KIAH) -- A family recording a wild police pursuit in Houston suddenly found themselves in the middle of the adrenaline-pumping drama when one suspect tried to take their car, police said.

The two bank robbery suspects were taken into custody in north Houston Friday morning after a lengthy chase, according to KIAH.

Houston police said the armed men stormed into Amegy Bank in the 5300 block of Bellaire and robbed it around 10:45 a.m. A woman hiding under a desk called 911, and Bellaire police headed to the scene.