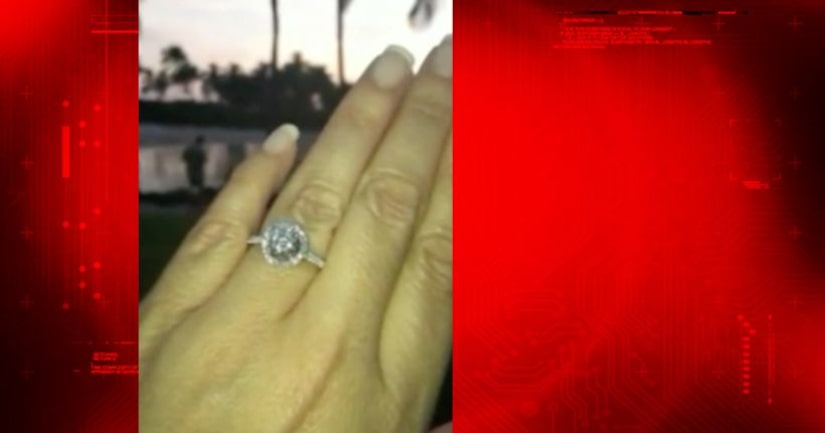 SIMI VALLEY, Calif. -- (KTLA) -- Police are investigating on Friday after a burglar broke into a Simi Valley home and stole a former wedding contest winner's engagement ring and wedding band.

A thief climbed through a second-story window at a home in the 3900 block of Frandon Court and took the rings off of a dresser, according to the family.

Lisa Battle married her partner, Conchita, on live television in Feb. 2014 as part of KTLA's 'Daily I Do' special.

"I'm so hurt. I feel so violated," Battle said. "I was going to go the gym that morning and didn't want them to slip off. I looked all over the bed, the floor and could not find it and right away I noticed that my drawer has been a little bit ransacked."